Hawaii is known as ‘paradise on earth’ for its beautiful beaches, scenic coastline and welcoming locals.

Unfortunately, it is also the place where an Only Fools and Horses legend tragically died.

Kenneth MacDonald, better known to millions of viewers as Mike the Nags Head landlord, sadly passed away in 2001 whilst on holiday with his family.

The actor suffered a heart attack and died at the age of 50. However, he left us with an amazing legacy of classic TV shows and films, many of which you probably didn’t even know he was in.

He was born on 20 November 1950, in Manchester, Lancashire, and was the son of Scottish heavyweight wrestling champion Bill MacDonald. Tragically his father also died young at the tender age of 45 when Kenneth was only 13.

Before becoming a full time actor, Kenneth actually worked a night job at Kellogg’s Cornflakes factory and dropped out of school to help support his mother.

Even then his acting talent was undeniable. During night shifts he would perform Shakespeare plays as well as others that he had learned at school, earning the nickname “Hamlet”.

For more news and features about London directly to your inbox sign up to our newsletters here.

He then went on to appear in a whole host of bit part roles on programmes such as Softly, Softly, Coronation Street, Upstairs, Downstairs (1974) and even an episode of Dad’s Army in 1977.

One of his more popular roles was in the sitcom It Ain’t Half Hot, Mum where he played Gunner “Nobby” Clark (1974-81).

However, the role he’ll be most famous for playing the kindhearted, Peckham pub landlord, Mike on Only Fools and Horses – making his first appearance in 1983.

Nearly 20 years after his passing his famous catchphrase still lives on. 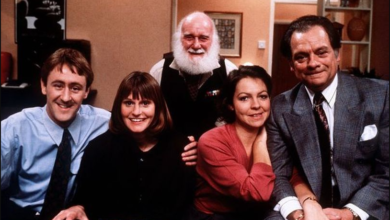 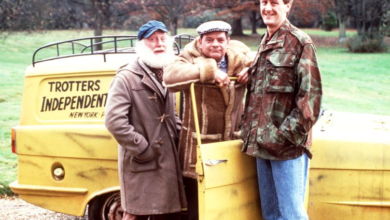 Only Fools and Horses: The one thing Buster Merryfield needed to be cast as Uncle Albert after Grandad actor Lennard Pearce died 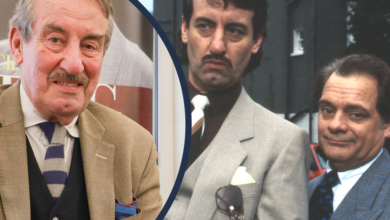 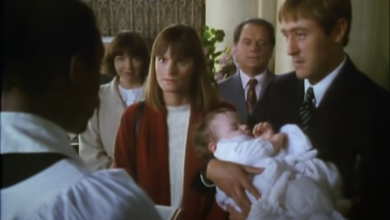