I had heard the name The Darling Buds of May prior to this viewing, I might even have seen it while scrolling through channels once, but I’d never watched it.

However to some, and understandably with TV titan David Jason’s involvement, the show is an ageless classic.

Just 10 minutes into episode one though I was becoming restless and honestly, I have more than a few issues.

Made for ITV in 1993 The Darling Buds of May tells the story of the Larkin family, led by the endearing couple of ‘Pop’ played by Jason, and ‘Ma’ played by Pam Ferris.

Set in 1958 it also features their six kids, the eldest of which, Mariette, is played by Catherine Zeta-Jones in her breakout role.

The plot revolves around tax collector Cedric ‘Charlie’ Charlton’s visit to the property as he tries to get the lovely but obviously a bit dodgy Pop to fill in his forms.

Then over the course of the episode he falls head over heels for Mariette and the Larkin family’s hospitality before finally proposing to Mariette and leaving his boring job.

It’s a lovely wholesome storyline and the show itself is very lovely and wholesome, but that’s it.

The countryside shots though I’m sure they looked great at the time, are grainy and honestly look distinctly average, very little happens and what does is predictable and uninteresting.

The character of Cedric is horribly unlikeable and irritating, he’s a kind of proto-Hugh Grant-esque bumbling wreck who is also supposed to somehow be a catch – it makes no sense.

One very specific detail I found irritating was the Larkins’ amusement at Cedric’s ‘fancy’ name, yet they literally called one of their children Montgomery? Once again, it just makes no sense.

David Jason had the best performance for sure, and he brought a lot of the Del Boy energy to the slightly similar role – in a way he’s a bit of a more laid back ‘country Del Boy’.

But I couldn’t help noticing the comedy beats were entirely reliant on his catchphrase, ‘Perfick’, and after a while it really loses any charm it had.

Overall it was the most daytime TV piece of television I’ve ever seen, which I’m sure some people love, but for me it was painful.

For all its wholesomeness, I’ve been more stimulated by paint drying, and with 50 minute long episodes, it really starts to drag.

Having done a little research I can only conclude the show was of its era, a time when attention spans were measured in hours not seconds, and apparently even the best TV was mind-numbing. Sorry 90s fans. 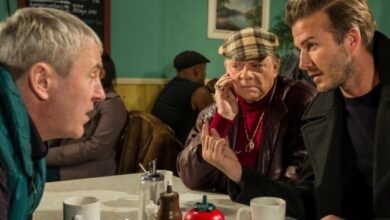 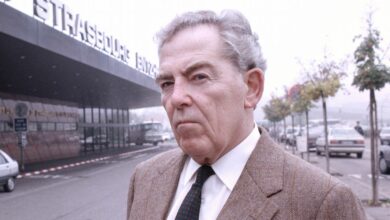 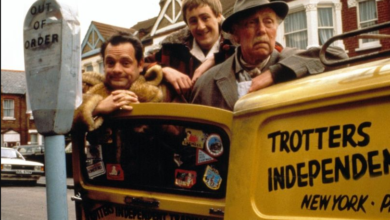