That ‘90s Show will be able to amend certain shortcomings of That ‘70s Show’s ending, and one aspect that needs to be undone in the sequel is the resolution of Jackie and Kelso. After 15 years since That ‘70s Show’s season 8 finale, Netflix announced the series would be getting a long-awaited sequel titled That ‘90s Show. The upcoming sequel series will follow Eric and Donna’s daughter Leia Forman (paying off his Star Wars obsession) in 1995 as she spends the summer with her grandparents Red and Kitty in Point Place.

The quick synopsis of That ‘90s Show has already revealed much about what has happened over the past 15 years since That ‘70s Show cut to black at midnight on New Year’s 1980. One significant change to the characters’ stories so far is with Donna Pinciotti, whose character arc was betrayed as she likely had her daughter later that year in 1980 after adamantly stating she didn’t want kids yet. It’s unknown what else will be undone or added to That ‘70s Show’s characters’ stories as the sex, drugs, and rock ‘n’ roll premise of That ‘90s Show moves the adults another decade. Still, the show clearly has the opportunity to improve upon where it went wrong with its season 8 character endings.

One of the most controversial aspects of That ‘70s Show season 8 and the series finale was Jackie Burkhart (Mila Kunis), whose major love interests were Michael Kelso (Ashton Kutcher) and Steven Hyde (Danny Masterson), ending up with Fez (Wilmer Valderamma). Their relationship was poorly received by fans and felt like an inconclusive final relationship for Jackie, who would’ve been better suited with either a reformed Kelso, a committal Hyde, or on her own. It hasn’t been revealed yet which other That ‘70s Show characters will return for That ‘90s Show, but it’s clear who won’t: Danny Masterson. Even if fans preferred Jackie’s relationship with Hyde over Kelso, there’s no way that Netflix will bring back the disgraced actor after he was fired from The Ranch for multiple sexual assault allegations. As such, Jackie and Kelso would be the best reconciled relationship to reveal in That ‘90s Show, with many loving the dynamic between the two in the series and coming to the conclusion that although they were toxic in high school, they were oddly meant to be.

Jackie and Kelso were each other’s first loves and dated almost all throughout high school off-and-on for That ‘70s Show’s first four seasons until she began dating Hyde in season 5. The pair were tumultuous, to say the least, with Kelso’s cheating and Jackie’s controlling and manipulative behavior, but by the time they both had emotionally and maturely grown and almost got back together in That ’70s Show season 8, their endgame relationship seemed like a real possibility. Kelso became a father and a police officer, which meant eventually outgrowing his childish ways. In contrast, Jackie became more confident in herself and much more selfless, leaving the couple room to grow together in a more positive dynamic. Ashton Kutcher left That ‘70s Show after season 7, so it’s possible the writers had intended a reconciliation but decided they couldn’t do it justice without both characters on the show to underscore why they would get back together.

Outside of Jackie and Kelso being an iconic TV couple, it would be an appropriate fan service to see Mila Kunis and Ashton Kutcher, who are now married with kids in real life, play their famous roles again as a couple. Kunis and Kutcher haven’t acted together since That ‘70s Show’s finale, but with the opportunity to reprise their roles and change their mutually disappointing endings, the pair may decide That ‘90s Show is the perfect next collaboration. Jackie and Kelso getting back together was also sweetly teased in season 8 before Kelso regrettably proposed to her and said, “I love Jackie, and I know that someday we’re gonna be together, but just not yet.” 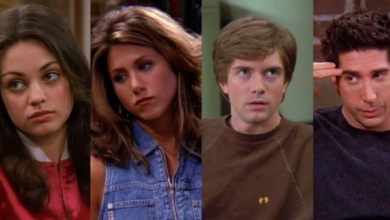 That ’70s Show: 10 Main Characters And Their Friends Counterparts 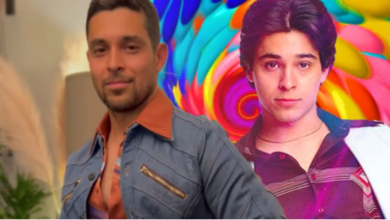 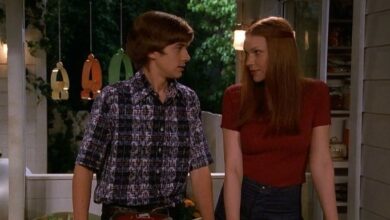 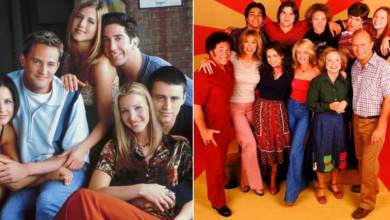