With her past relationships including 75-year-old Rolling Stones frontman Mick Jagger, it’s clear Noor Alfallah has a thing for older men.

However the 23-year-old has strongly denied she is dating 88-year-old Clint Eastwood, after the two were pictured heading off from a night out together.

On Monday evening the Oscar-winning actor and director was seen leaving celeb hotspot Craig’s in West Hollywood with movie producer Noor in the back seat.

However rather than any romance, Noor was keen to insist Clint was just a family friend, telling DailyMail.com ‘There is no relationship.’

‘We’re family friends, and my family was there and that’s it.

‘My parents were there, other friends were there. Trust me there’s no relationship.’

When asked who she is dating now, she added simply: ‘no comment’.

Noor was last linked to 57-year-old billionaire Nicolas Berggruen – who calls himself a philanthropist and investor – whom she was reportedly dating as of early December.

He has not been featured on her Instagram pages since November.

Meanwhile Clint has been dating Christina Sandera for the past several years. 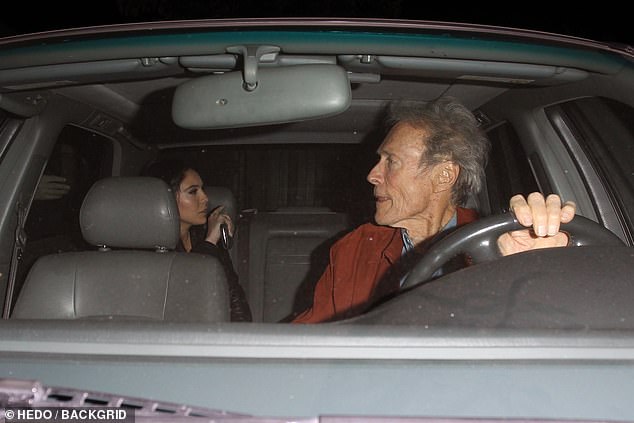 On Monday night Hollywood legend Clint was clad in a brown jacket over a blue shirt.

University Of Southern California graduate Noor had on a black leather jacket and slacks as well as heels with her glam fully done.

It is not known if he is still dating Sandera, whom he was last pictured with at The Mule premiere in early December.

Days earlier, on January 26, Clint was seen with Noor’s parents outside Nobu in Malibu.

Her father is Kuwaiti and her mother is an American named Alana.

The looker’s dad wore a beige sweater with caramel colored slacks. Her mother had on a black jacket and long purple scarf with her blonde locks worn down.

Noor started dating Mick in 2017 after they were introduced through director Brett Ratner.

In 2014, Alfallah created her first film. It was an awareness documentary about homeless people called Streets Of Life. She also worked on a TV short called Brosa Nostra.

In her last Instagram photo posted on January 1 she was at a bonfire. The caption read, ‘HNY. 2019. HomeRun Ranch.’

This comes one month after Clint debuted his eighth child. He posed with his first born child Laurie at The Mule premiere in LA on December 10.

Clint’s eight children are split between six women, including his two past wives.

Laurie Eastwood, as she identified herself to photographers, was pictured surrounded by her seven younger siblings in a group shot.

She was also seen enjoying a drink with Clint as the two chatted together during a reception at the Regency Village Theatre in Los Angeles.

Clint’s youngest child, 22-year-old Morgan Eastwood, confirmed that Laurie was her sister as she celebrated the family reunion.

‘SO RARE for all 8 Eastwood siblings to be in one room!!!’ she wrote, posting a picture of the group to Instagram.

‘I’m not sure there has ever been a picture of all 8 kids together but here it is,’ she wrote in the caption.

Laurie is thought to have been born while Clint was having a secret affair with a woman in Seattle while he was engaged to Johnson in 1953.

Her existence was first revealed by Eastwood biographer Patrick McGilligan, who said Laurie’s mother had a serious relationship with the future star.

‘Clint has a way of bringing his progeny – his big extended family – together and he’s been doing this for a long time,’ McGilligan told DailyMail.com on Tuesday.

‘One of the things that’s interesting about him is that, after a certain point in time, they were no longer hidden from public view. He, in various ways, tried to be a father to them.’

‘He seems to be very comfortable with it, and I think to some extent that’s admirable.’

Clint’s 55-year-old girlfriend Christina Sandera, who is 33 years his junior, also made an appearance.

The actor, who directs and stars in The Mule, was pictured between his long-term girlfriend and ex-wife in a family photo that included Clint’s children, granddaughter, and various in-laws.

But it was the sibling shot which was most surprising, as Clint’s eight children all smiled happily as they posed together.

In addition to Laurie, Alison, and Kyle was Kimber Tunis, 54, who Clint fathered during a 14-year-affair with her mother Roxanne Tunis. 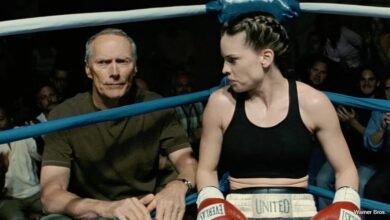 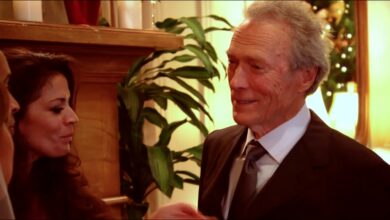 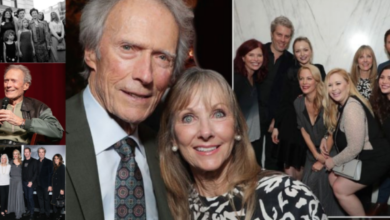 This is how Clint Eastwood always keeps harmony in a small family with 8 children. 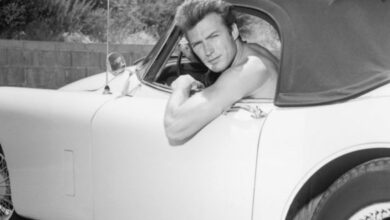