One of the most appealing and highly anticipated marvels of the annual Academy Award ceremony is its illustrious plethora of musical performances. Hosts will generally open the show with some sort of outlandish and comical performance that heightens everyone’s mood and gets attendees ready for the night. The rest of the evening often includes renditions of Oscar-nominated songs by famous musicians (you can watch Billie Eilish and Finneas O’Connell’s stoic performance of “No Time To Die” from this year’s ceremony on YouTube). The inclusion of musical numbers in the evening’s antics mixes things up and illustrates the vast spectrum of artistic contributions made by different members of the film community as they work collectively toward making a great movie.

One of the most memorable performances ever executed on the Oscar stage took place in 2000 when the late Robin Williams delivered a momentous rendition of “Blame Canada” from the film “South Park: Bigger, Longer, & Uncut,” as ET Canada reports. The audience was overjoyed to witness one of comedy’s most revered icons deliver a hilariously outrageous number that satirized the U.S. public’s reputed view of its northern neighbors. However, by the end of it all, not everyone was tumbling out of their seats in roiling laughter. According to “Death in Entertainment” (also on YouTube), Williams’ performance was actually delivered in homage to one of the “South Park” crew’s recently deceased teammates and the original voice behind the song.

THE DEATH OF MARY KAY BERGMAN Frazer Harrison/Getty Images
According to IMDb, Mary Kay Bergman provided the voice acting for nearly all of the female “South Park” characters in both the film and the TV show. Tragically, on November 11 of 1999, she died by suicide at the age of 38. Her death happened mere months before the 72nd Academy Award ceremony, and at the time, “South Park: Bigger, Longer, & Uncut” was all the buzz. “Blame Canada” was poised to take home the award for best original song, but show creators Matt Stone and Trey Parker (above) were still caught up in the devastation of losing their friend and professional colleague (per The Ringer). “A friend of ours had killed herself. That’s all it was, and we didn’t even want to deal with it for at least a couple months,” Parker shared in a panel that took place on March 2, 2000 (posted on YouTube).

As Oscar season neared, the “South Park” duo was stumped as to who would take her place on stage for the inevitable live performance of “Blame Canada.” Neither of them were prepared to take on the task themselves, so they turned to a veteran comedian whom they were certain was more than capable of pulling it off without question: Robin Williams.

If you or anyone you know is having suicidal thoughts, please call the National Suicide Prevention Lifeline​ by dialing 988 or by calling 1-800-273-TALK (8255)​. Kevork Djansezian/Getty Images
Williams, who was an Oscar winner himself, was delighted to take the place of Bergman on stage that night and delivered one of the most unforgettable and grandiose performances in Academy Award history. Williams was accompanied by a line of women dressed as Canadian Mounties, all singing and dancing along with him in Rockette fashion, as well as a horde of stage extras in “South Park” garb holding protest signs. (You can watch it the memorable production on YouTube).

All in all, it was as grand a tribute to a lost friend one could hope for, but “Blame Canada” sadly didn’t take home any Oscar gold that night. Instead, Phil Collins received the award for Best Original Song (“You’ll Be in My Heart,” from Disney’s animated “Tarzan”), as The Awards Connection reports.

Adding to the tragedy of Mary Kay Bergman, on August 11, 2014, Robin Williams also lost his life to suicide. He was 63 years old (via The Hollywood Reporter). 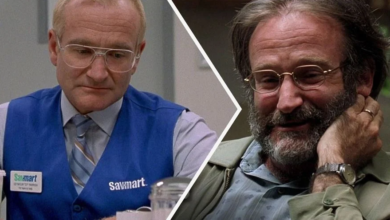 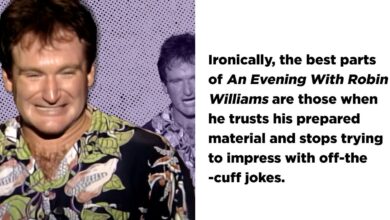 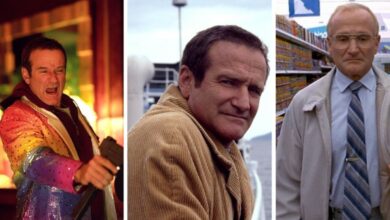 2002: the year Robin Williams scared the bejesus out of everyone 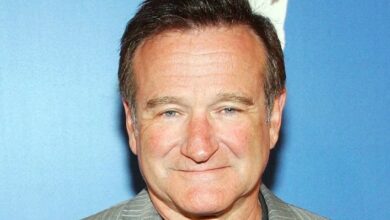