Actor Clint Eastwood is one of Hollywood’s most accomplished actors who’s only added to his legacy by succeeding as a filmmaker. But when starting out, he was far away from the sought after megastar he’d eventually become.

In fact, Eastwood recalled a situation where he thought he was going to be punched by a director who didn’t even want him in his movie.

Eastwood was beginning to feel skeptical about the professional path he chose fairly early on in his career. Far before his Dirty Harry days, Eastwood was not unlike other aspiring actors looking to fulfill a Hollywood dream. But with the dream not shaping up the way he’d wanted it to, Eastwood began to strongly consider the alternative.

“After about the first five years or so, four years, I started really getting to the point where I started wondering,” he once said in a resurfaced interview with Paul Nelson.

Constantly battling other actors for jobs began to take its toll.

“It’s one of the few professions where you struggle to work. Most of the time, you just go out and hire on the job and you learn something about it, and you stay with it or you transfer to another company. But in the acting profession you’ve got thousands of people all wanting to do the same job, so there’s a tremendous amount of competition involved,” he added.

At the time, it wasn’t just Eastwood’s talent that was up for consideration, but his personality as well. He often discovered the hard way that his introverted nature worked against him when competing with his peers.

“Some of these guys would come in and they’d have all the latest jokes and they really could get in and sell and do a nice job putting themselves over. But if I went into somebody’s office, it was just ‘How do you do, so-and-so?’ And that’s about the best I could come up with. I wasn’t going to sit there and bulls*** the guy,” he explained.

Eastwood would eventually find steady work. But one of his first acting gigs left him with an unforgettable experience in the film industry. As many know, Eastwood’s first movie was the 1965 horror film Revenge of the Creature. Eastwood briefly appears in a version of the film as a lab technician conversing with one of the film’s main characters played by John Agar.

“That was my first part. A four-liner or something like that,” Eastwood said about his time in the movie. “I remember it was Jack Arnold directing and William Alland was the producer. Alland called me into his office and read the scene and gave me the part. And that was it. He said, ‘I’ll take you down and we’ll meet the director.’ I walked on the set and the director said, ‘What the hell is this? I told you I don’t want to do that goddamn scene! Who’s this guy?’”

Arnold became so upset that the Cry Macho star was a bit concerned the director might resort to violence.

“I thought, I’m going to get punched – he was screaming and yelling – or else I was just going to wilt to the floor. Probably the latter. Alland made me realize that it wasn’t anything against me – the director just didn’t want the scene in the movie,” he said.

The producer eventually won the argument, and the incident left a lasting impression on Eastwood.

“But it was a hell of a way to start your acting career: walk on a set and you know that the director hates the scene. Therefore you know he hates you,” he said.

Eastwood contributed his current status in Hollywood to just being incredibly lucky. Back in the day, one of the things that inspired his confidence in his acting abilities was becoming a contract player at Universal. Although he still wasn’t sure if he was truly great, his Universal contract reassured the acclaimed filmmaker of his career path.

“I was a contract player at Universal and I didn’t know whether I was good at it or not. I probably wasn’t, but I just thought that I had something to bring,” he said.

In an interview with The Guardian, he noticed the irony of him becoming such a huge star over the years. Especially when many in Hollywood at the time didn’t feel that Eastwood had what it took to be a success. Surprisingly, this was an opinion that Eastwood himself agreed with. To an extent.

“And they were probably right to a certain degree, and to some degree, certain things happen. There’s a lot of luck and a lot of things have to fall into place in order to star in films. Sometimes you start out playing a lot of small parts in what have you, and eventually you work into it,” he said. 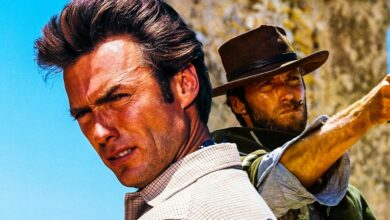 How Clint Eastwood Landed His Man With No Name Role 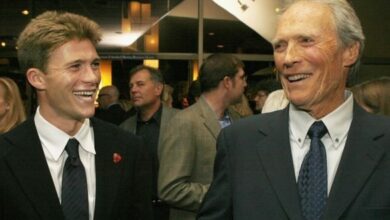 Clint Eastwood once emphasized “I don’t want to have a birthday”, will his opinion change at the age of 92? 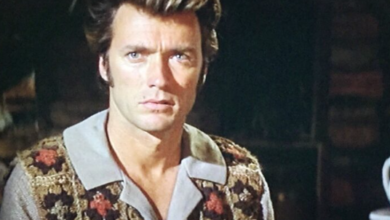