John Wayne had many famous friends in his day—and one notable enemy, Frank Sinatra. For years, the two kept their disdain for each other at bay. But eventually, their feelings boiled over and caused a very public dispute that was literally one for the books.

It may not be widely known today. But during the classic Hollywood era, there was a long span of time when Sinatra and The Duke couldn’t stand each other. Their feelings for each other were mostly due to conflicting political views. Wayne was a staunch republican while Sinatra was as blue as his eyes. And during their run-ins, the stars couldn’t keep their opinions to themselves. However, they did manage to stop their arguments from getting too heated.

But during a star-studded event in Las Vegas during the 1960s, John Wayne finally had enough of his Cast a Giant Shadow co-star. And a confrontation almost caused the two to come to blows.

As Carol Lea Mueller documented in her book titled The Quotable John Wayne: The Grit and Wisdom of an American Icon, Wayne was in the city filming a movie while Sinatra was there to party with his friends. And he was constantly bringing his pals back to his room for late-night drinks and dancing.

Wayne just happened to be staying at the same hotel, and his room was directly above Sinatra’s. The Duke didn’t sleep in his room much because of filming, but one night he made it back and was excited about getting some rest. However, Sinatra was also excited to party into the early morning hours.

John Wayne quickly grew tired of the noise coming from below and called down to the room to ask them to keep it down. Sinatra did as he was asked—for a while. But once the sound ramped back, The Duke paid a personal visit to Ole Blue Eyes.

As Muller wrote, Wayne stormed downstairs and pounded on Sinatra’s door. When someone opened it, Wayne threw out some threats and demanded they quieted down. Sinatra wasn’t bothered by the scene, but his bodyguard was. So he confronted Wayne to tell him that “Nobody talks to Mr. Sinatra that way.”

That was the last straw.

“Wayne looked at the man, turned as though to go [leave], then turned back swiftly and backhanded the bodyguard, who dropped to the floor,” Muller continued.

The author noted that no one documented Sinatra’s response. But the display did the trick. The noise stopped.

Ironically, John Wayne and Frank Sinatra ended up growing close in the years that followed.

Sinatra famously took his fourth wife, Barbara Marx, with him to visit Wayne at his home in Newport Beach. And when Wayne fell ill from cancer, Sinatra sat by his hospital bed.

“They were buddies,” she shared. “I don’t know why, because they were completely different in almost everything. But they liked each other a great deal, and they kidded a lot.” 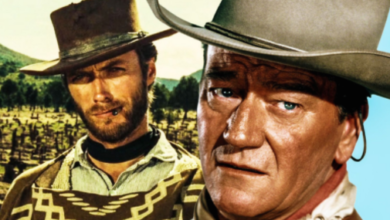 What does John Wayne say about not liking Clint Eastwood’s personal views? 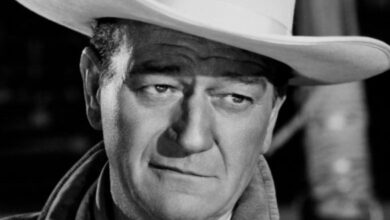 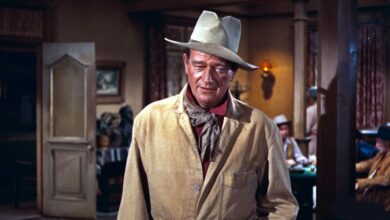 Spend some time with The Duke before and after The Big Game. 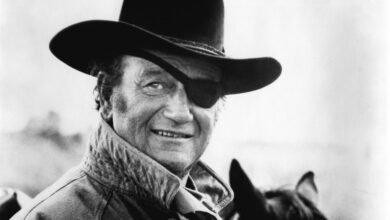