Clint Eastwood got into show business the old-school way, taking small parts in cheap monsters movies and little-remembered war movies. He was nearly 30 by the time he got his breakthrough role in the CBS Western show Rawhide, playing a good-natured cattle driver named Rowdy Yates until its cancellation in 1966. At the same time as he was starring on a grueling, time-consuming hour-long show, he began starring in Sergio Leone Westerns in which he pivoted into a grittier, surlier, more morally ambiguous kind of antihero. But his perhaps most iconic role did not come until 1971 and Hollywood offered the part to almost every major actor before settling on him. Dirty Harry cemented Clint Eastwood as one of the action icons of modern cinema, and as of May 1, it is streaming on Netflix.

In Dirty Harry, Clint Eastwood stars as the titular cop, a San Francisco police officer with a borderline-insulting nickname and a tendency to shoot first, then never ask any kind of questions whatsoever. The film begins with a close-up of a plaque of names of police officers killed in the line of duty in San Francisco, then cuts to a rooftop sniper (Andrew Robinson). We watch him watch a beautiful woman swimming in a rooftop pool, then he takes a shot and she cries out, blood filling the water. A few minutes of Clint Eastwood grimly walking down the street later, we are in the Mayor’s office. The killer, who calls himself Scorpio (modeled extremely loosely on the uncaught Zodiac Killer), demands $100,000 or he will continue to randomly kill. After that, we get the famous scene in which Clint Eastwood interrupts his lunch break to gun down some bank robbers and ask one of them if they feel lucky.

That particular scene of Dirty Harry has become so iconic and imitated that it is impossible to view with fresh eyes. It is forgotten that although Clint Eastwood is grim and squinty-eyed when threatening the fallen bank robber, he bursts into a broad grin when firing the empty gun directly in his face. And it is also little-remembered that the finale of the movie is a reprise of the scene, with Eastwood threatening Scorpio with the same words, then shooting him. Then Clint Eastwood tosses away his police badge. It reads perhaps more ambiguous than the famously conservative Eastwood intended, but it is difficult not to see something in a man of the law purposefully killing and then throwing away the symbol of society’s authority over his actions.

The name “Dirty Harry” has become synonymous with a certain kind of maverick cop who is prone to taking matters into his own hands despite the protests of mealy-mouthed bureaucrats who believe in “due process” and “evidence” over shooting someone because your gut says so. Over time (and four sequels), Clint Eastwood as Inspector Harry Callahan turned into a cultural hero. He is certainly the template for every other hardbitten, gung-ho cop in cinema after him, from Mel Gibson’s Martin Riggs to Al Pacino’s Vincent Hanna to any movie that has a police officer willing to be a little more like the bad guy than he should. The deification of Dirty Harry as a role model rose at one point to President of the United States Ronald Reagan invoking him in terms of his veto power of tax legislation, just about the most maverick cop thing imaginable.

All of this is interesting in retrospect because right from the beginning, Clint Eastwood played Harry Callahan as a violent jerk that no one likes. Dirty Harry, directed by longtime Eastwood collaborator Don Siegel, was the first of a series of films about the maverick cop, and right from the beginning, they establish that he is racist, sexist, xenophobic, prone to rash decisions, and so casual about human life that he borders on psychopathic. It is difficult to call the movie morally ambiguous, but nor does it take the stance that Dirty Harry is a decent person. While the movie implicitly leans towards supporting Eastwood’s character’s actions, audiences and critics were not as in sync. The movie was an enormous box office success (particularly off a meager $4 million budget), but was protested for its perceived support of police brutality and dismissal of victims’ and suspects’ rights. No less a critic than Roger Ebert called it “fascist.” He also gave it three out of four stars. It made Clint Eastwood a star and Dirty Harry a beloved icon, but you can watch it for yourself and try to decide if the movie thinks he’s a hero. 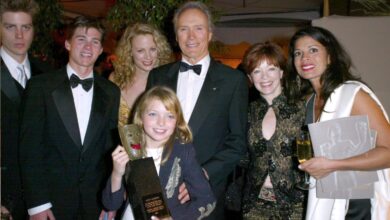 Who are Clint Eastwood’s children? 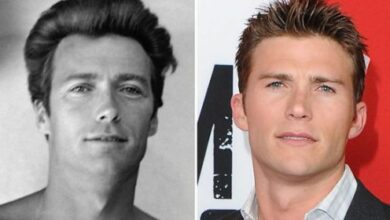 How Much Is Clint Eastwood’s Son, Scott Eastwood, Worth? 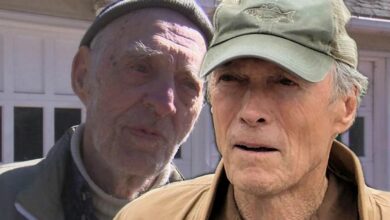 The Mule: The True Story Behind Clint Eastwood’s Drug Movie 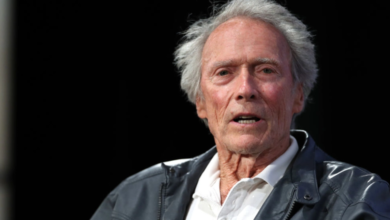