In 1964, A Fistful of Dollars, a Spanish-shot, English-dubbed, German-co-produced, Mexican-set remake of the Akira Kurosawa’s 1961 Japanese samurai movie Yojimbo, with Italian director Sergio Leone at the helm, trumpeted the arrival of the spaghetti western.Contemporaneous critics didn’t quite know what to make of this strange, satirical picture, with its jagged close-ups, operatic score (from Ennio Morricone), and unbridled violence.

Bosley Crowther at the New York Times interpreted the film as “camp parody” and described Clint Eastwood’s lead performance as “morbid, amusing, campy fraud”. Writing for the Observer, Philip French dismissed the Western as ludicrous: “(it) looks awful, has a flat dead soundtrack, and is totally devoid of human feeling.”

A Fistful of Dollars’ current 98 per cent “fresh” rating on Rotten Tomatoes suggests that subsequent generations of reviewers have come around to Leone’s daringly operatic style and playful humour.“See my mule don’t like people laughing,” growls Eastwood from behind a Toscano cigar, before shooting four men in an instant. “He gets the crazy idea that you’re laughing at him.

If you apologise like I know you’re going to, I might convince him that you really didn’t mean it.”Mysterious gunslinger ; Leone initially approximated Henry Fonda for the role of the “Man with No Name”, a mysterious gunslinger who is drawn into the conflict between two warring clans in a frontier town. Fonda and Charles Bronson said no, but would later work with Leone on Once Upon a Time in the West.

Rory Calhoun, James Coburn and an entire constellation of horse opera stars also turned Leone down before he came to Clint Eastwood, a second-billed actor on the long-running Western TV show, Rawhide.Leone would claim that: “Eastwood, at that time, only had two expressions: with hat and no hat.” That’s a little unfair. The actor worked hard to realise the unnamed anti-hero, borrowing props, including a Cobra-handled Colt, from the set of Rawhide.

Eastwood may not have been technically gifted, but he had plenty of star quality. His delivery of lines like “Get three coffins ready” is hard to beat: a perfect GIF created long before the internet.His sardonic, iconic performance in A Fistful of Dollars would rightly make him an international name. He would reprise the role in For a Few Dollars More and The Good, the Bad and The Ugly. He got better, too. 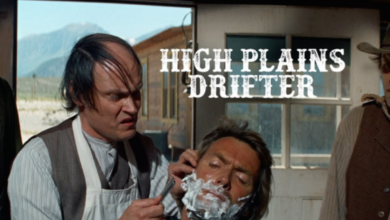 High Plains Drifter: Clint Eastwood reinvents his iconic ‘Man with no Name’ as a quasi-supernatural avenger in this eerie western 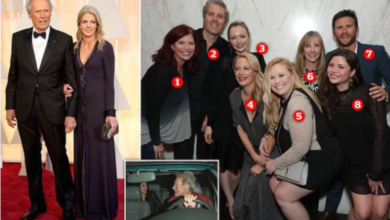 Clint Eastwood’s girlfriend who is 35 years younger than him is happy to be loved by his eight children. 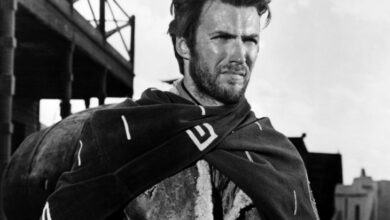 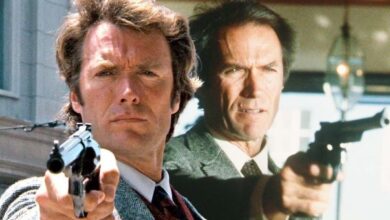 Why Dirty Harry Ditched His 44 Magnum In Sudden Impact