Tom Selleck reveals that he was “scared to death” at first when he guest-starred on Friends. Although he did appear in the 1987 film Three Men and a Baby as well as its sequel Three Men and a Little Lady, the actor is certainly not best known for his comedy roles, having first come to prominence playing the title role in the detective series Magnum, P.I. which ran on CBS from 1980 to 1988. His other more prominent roles have remained in the crime and drama genres, including the nine Jesse Stone films and Quigley Down Under. Most recently he has starred in the long-running CBS police procedural Blue Bloods, which was recently renewed for season 13.

Nevertheless, his role on the long-running sitcom is one of the most well-loved guest spots among Friends fans. On the series, Selleck played Richard Burke, an ophthalmologist who is a friend of Ross (David Schwimmer) and Monica’s (Courteney Cox) parents. Even though they have an age gap of 21 years, he and Monica begin dating in season 2, which causes a variety of issues in their personal lives. Although they broke up after Monica realizes he’s not interested in having kids, he made recurring appearances throughout several other seasons on the series, appearing for a total of nine episodes including a fake-out moment where it seems like Monica may run away with him just before Matthew Perry’s Chandler plans to propose to her in the season 6 finale.

During an appearance on The Kelly Clarkson Show, Selleck discussed how he likes to try and make guest actors comfortable on his show Blue Bloods. He said he remembers how challenging it was to step onto the set of Friends, having only done one other sitcom before that. He says he was “scared to death” at the table read seeing how close all the other actors were and how well they knew what they were supposed to be doing, but “Courteney [Cox] helped a lot.” Read his full quote below:

The hardest thing is to guest on a show. It’s really hard. It’s like when I did Friends. They were up to speed.

I wasn’t amazing at what they call the table read. I was scared to death. I had done Taxi a long time before, but I hadn’t done a sitcom so I was really nervous. Courteney [Cox] helped a lot. That group is just an incredible group of friends. They obviously became friends in life as well as on the show and it shows, and it was a wonderful place to work. We ended up doing about nine of them. I was only supposed to do three!

It’s shocking to think of the tough, mustachioed Selleck being afraid of anything. However, considering what a monumentally popular series Friends was even in its second season, it almost certainly would have been intimidating even to the most established performers. It’s gratifying to learn that the bond between the six core cast members was already strong even at that point, though that certainly wouldn’t have helped with the stress of stepping into their world.

Luckily, Selleck had Cox to guide him as he made his foray into Friends. Richard Burke is perhaps the most important love interest in the series who doesn’t end up married to one of the main cast members. Without Selleck’s warm, grounding performance, he might have exited the series after his planned three-episode arc and not been as effective a lynchpin in Monica’s development as a character. 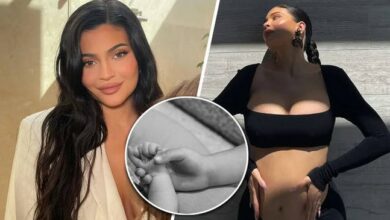 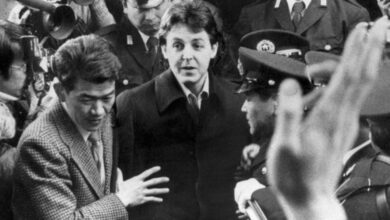 Paul McCartney Says His ‘Celebrity’ Got Him out of Japanese Jail, but He Had to Do 1 Thing Before Leaving 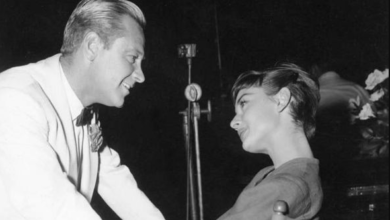 The reason why David Bowie discontinued his stage personas