John Wayne had a very specific idea when it comes to the movie industry. However, he saw how film executives changed what they were looking for over the course of his career. Wayne didn’t like the idea of having a movie rating system, such as the Motion Picture Association (MPA). He had a very specific message for the organization’s head.

Wayne first entered the movie business thanks to director Raoul Walsh. However, he credited John Ford with truly amplifying his name and providing him with the opportunity to have the legendary career that he had. Wayne bet on his performance in The Big Trail, which ultimately failed at the box office. However, he would later persevere.

Movie titles such as True Grit, The Shootist, and The Man Who Shot Liberty Valance continue to immortalize Wayne as the personification of the Western film genre. However, he believed in specific archetypes of heroes and villains, which fit perfectly into his performance style. As a result, he had a strong understanding of what fans wanted.

John Wayne hated the idea of a movie rating system

Roger Ebert interviewed Wayne in 1969 and talked about the legendary actor’s perception of the movie rating system. He certainly didn’t approve of many film industry changes, including allowing for more mature films to enter the spotlight.

“But I’m telling you, goddam it, everything’s mixed up now,” Wayne said. “I got a letter from that fellow who runs the Motion Picture Association. Jack Valenti. He wanted my opinion on the new rating system. I didn’t even answer because – well, my answer would be there shouldn’t be any need for such a thing in our industry.”

Wayne continued: “The idea of the movies is to provide the most inexpensive and accessible entertainment in the world. Well, we’ve gradually talked ourselves out of being the most economical. And now the thing that will finally stop the movies from being an American habit is that parents have to guard their children against pornography. It’s like when strippers took over burlesque.”

Wayne wasn’t afraid to speak out against what he thought was wrong with the movie industry. He specifically talked about what “real motion picture people” should uphold.

“All the real motion picture people have always made family pictures,” Wayne said. “But the downbeats and the so-called intelligentsia got in when the government stupidly split up the production companies and the theaters. The old giants–Mayer, Thalberg, even Harry Cohn, despite the fact that personally, I couldn’t stand him – were good for this industry.”

The actor thinks movies are only getting ‘dirtier’ to make money

Wayne made it known that he didn’t appreciate the movie money-making strategies of more modern times. He saw the value in making family entertainment for audiences around the country, rather than making a quick buck in appealing to viewer curiosity.

“Now the goddamned stock manipulators have taken over,” Wayne said to Roger Ebert. “They don’t know a goddamned thing about making movies. They make something dirty, and it makes money, and they say, ‘Jesus, let’s make one a little dirtier, maybe it’ll make more money.’ And now even the bankers are getting their noses into it.” 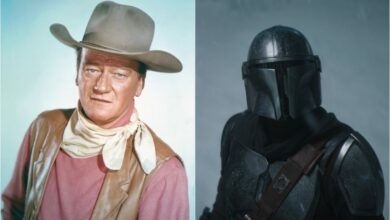 ‘The Mandalorian’: John Wayne’s Grandson Does Not ‘Think’ He’s ‘Allowed to Say’ How Much He Actually Appears as Din Djarin 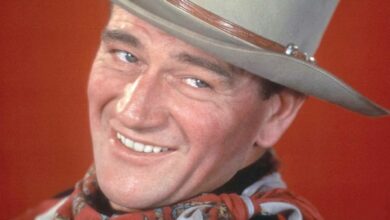 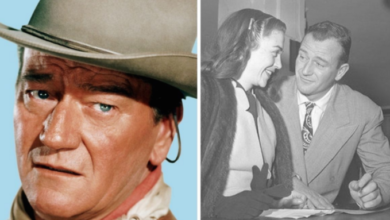 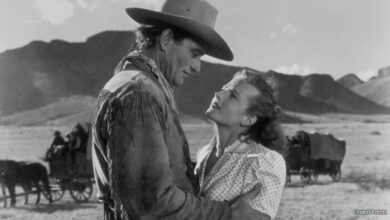