John Wayne exuded a level of masculinity that continues to define an entire era of Western cinema. However, he often rejected roles that felt like they challenged that image. Wayne embraced roles in the genre that celebrated America and supported the country’s agenda. However, there is one role that Wayne refused to return to because it made him feel like a “pansy.”

John Wayne played the leading role in many Western B-movies

Wayne’s movie roles weren’t all winners and he knew that. He had a career full of ups and downs before finally winning the Oscar for True Grit. Wayne had high hopes for Raoul Walsh’s The Big Trail, but it ultimately failed at the box office. As a result, the studios canceled the projects that they had in the pipeline with the legendary actor attached.

As a result of The Big Trail, Wayne had to work in B-movies through much of the 1930s. Most of them were Westerns, but they didn’t allow his career to grow as he wanted it to. They provided steady work, although he had the potential to do so much more. He wouldn’t hit the big time until 1939’s Stagecoach, but he had to deal with some roles in the meantime that he described as “embarrassing.”

Michael Munn’s John Wayne: The Man Behind the Myth explores the various roles of the iconic actor. He explained how Wayne certainly couldn’t compete with Hollywood’s biggest stars. However, the actor’s image quickly became attached to the cowboy with his various B-movie Western adventures.

“He started at Lone Star as Singin’ Sandy Saunders, the singing cowboy, in Riders of Destiny,” Munn wrote. “It was something that would haunt Wayne for the rest of his life as the subject of his singing would often be brought up.”

Wayne’s role as Singin’ Sandy Saunders in Riders of Destiny is a government agent. He witnesses a stagecoach robbery, but not everything is as it appears. The apparent robber actually is retrieving money taken from her. As a result, the unlikely pair teams up to fight off the gang. However, Wayne didn’t know how to play the guitar or sing, making production need to dub another singer’s voice in.

“I was just so fing embarrassed by it all,” Wayne said. “Strumming a guitar I couldn’t play and miming to a voice which was provided by a real singer made me feel like a fing pansy. After that experience, I refused to be Singin’ Sandy again.”

It’s no mystery that Wayne’s voice as Singin’ Sandy Saunders in Riders of Destiny doesn’t sound anything like his speaking voice. The actual singer was Bill Bradbury, the son of director Robert N. Bradbury. However, Wayne initially didn’t account for how Singin’ Sandy Saunders would resonate with audiences in public appearances.

Young fans would ask Wayne to sing as he did for the role of Singin’ Sandy Saunders. However, he was humiliated that he couldn’t sing for them. As a result, the studio brought in Gene Autry as Wayne’s replacement, which fixed the singing issue. 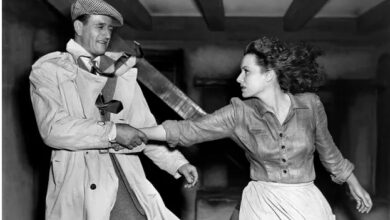 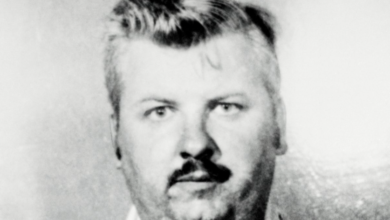