Pierce Brosnan took to Instagram to share a sweet photo of him, his son Paris, and his wife Keely Shaye Smith sitting at a table at a restaurant and smiling for the camera.

Pierce Brosnan, 68, is celebrating his youngest son’s birthday on Instagram. The actor shared a loving photo and message in honor of Paris Brosnan‘s 21st birthday, which was on Feb. 27, on March 1 and it gave a rare glimpse of part of his family.

In the snapshot, a smiling Pierce and his wife Keely Shaye Smith, 58, can be seen sitting at a table at a restaurant with their birthday boy son sitting in the middle of them. All three of them are wearing black outfits, including a zip shirt for the doting dad, a silk blouse for the doting mom, and a button-down for the thrilled son, as some drinks can be seen placed in front of them.“Happy 21st birthday dear Paris. May the year ahead be all you could wish for! All our love Mamma and Papa,” Pierce lovingly captioned the post.

I didn’t take long for his followers to comment on the birthday pic and message and they had only nice things to say. “A handsome man ! Happy Birthday, dear Paris!” one follower exclaimed while another wrote that their family has “the best bond ever.” A third shared, “Great photo! Can’t believe he’s already 21!” and a fourth called the family “beautiful.”Before Pierce celebrated Paris’ birthday, he and Keely made headlines for being spotted on a dinner outing. The lovebirds looked incredible, with him in a suede blazer over a light blue button-down top and black pants and her in a black dress and a stylish necklace of chunky beads. They walked by photographers while enjoying the night out and looked more in love than ever.Pierce and Keely just celebrated their 20th wedding anniversary last year, making them one of Hollywood’s most admirable couples. The Irish hunk too to social media to share two sets of photos of the two of them along with a special anniversary message in the caption. “Happy anniversary my darling Keely, my love forever grows with you…☘️❤️,” it read. 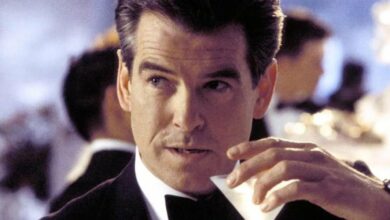 Pierce Brosnan says he has ‘no regrets’ about being replaced as James Bond: ‘It’s with you forever’ 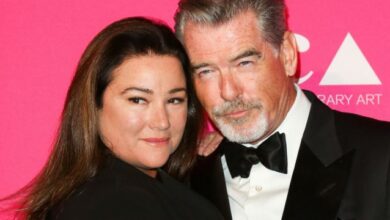 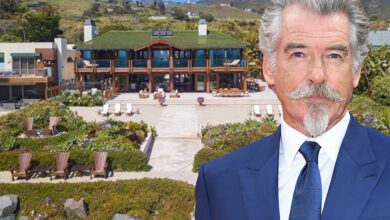 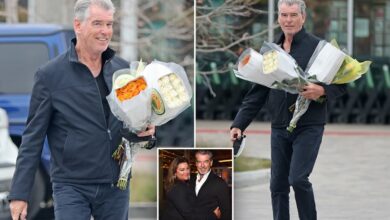