A photo of then-starlet Marilyn Monroe at Niagara Falls for the filming on the 1953 murder mystery “Niagara” brought back plenty of memories for Facebook readers.

On the “Niagara History and Trivia” page, one member posted an old photo used by the local newspaper during the June 1952 filming almost 70 years ago and the recollections came flooding onto the post. 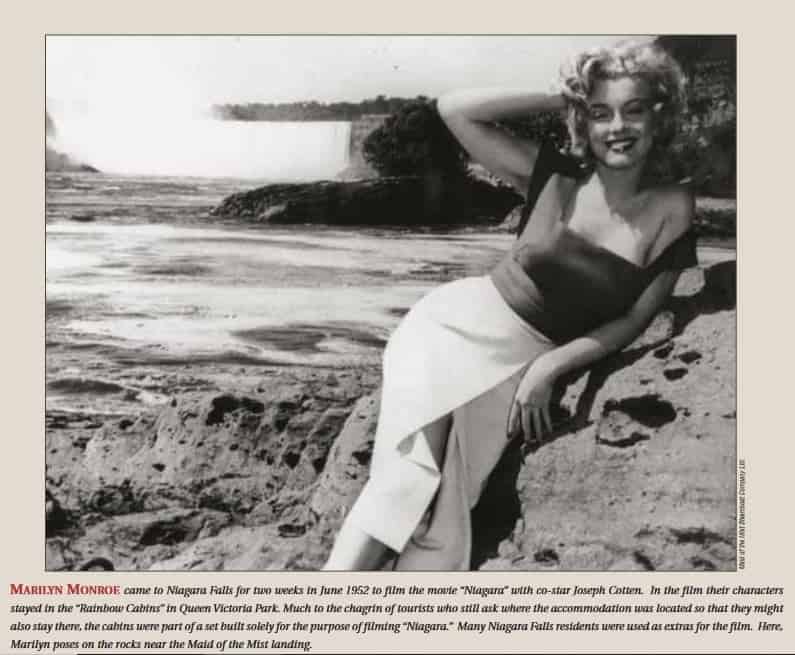 This old newspaper clipping of Marilyn Monroe in Niagara Falls for the June 1952 filming of the movie ‘Niagara’ drew out many memories from longtime residents.

The movie thrust Monroe into the Hollywood spotlight at the time though by its release at the beginning of 1953, the actress, already a well-known pin-up girl, had gained her fair share of attention and was renowned for her sexuality.

While she and the film crew were only in the city for two weeks, older Niagara Falls residents seem to remember it as though it were yesterday.

“When she was down at the Falls, promoting the movie, our family went down there and my Dad sent me to ask for her autograph (he was a huge fan),” said one. “She graciously agreed (who can resist an adorable 5-year-old little girl?) He kept that in his wallet for years. He died at 40 and I have no idea what ever became of that autograph.”

“I still remember her sitting near the railing by the Falls, even at my young age. She was so beautiful!” she continued. 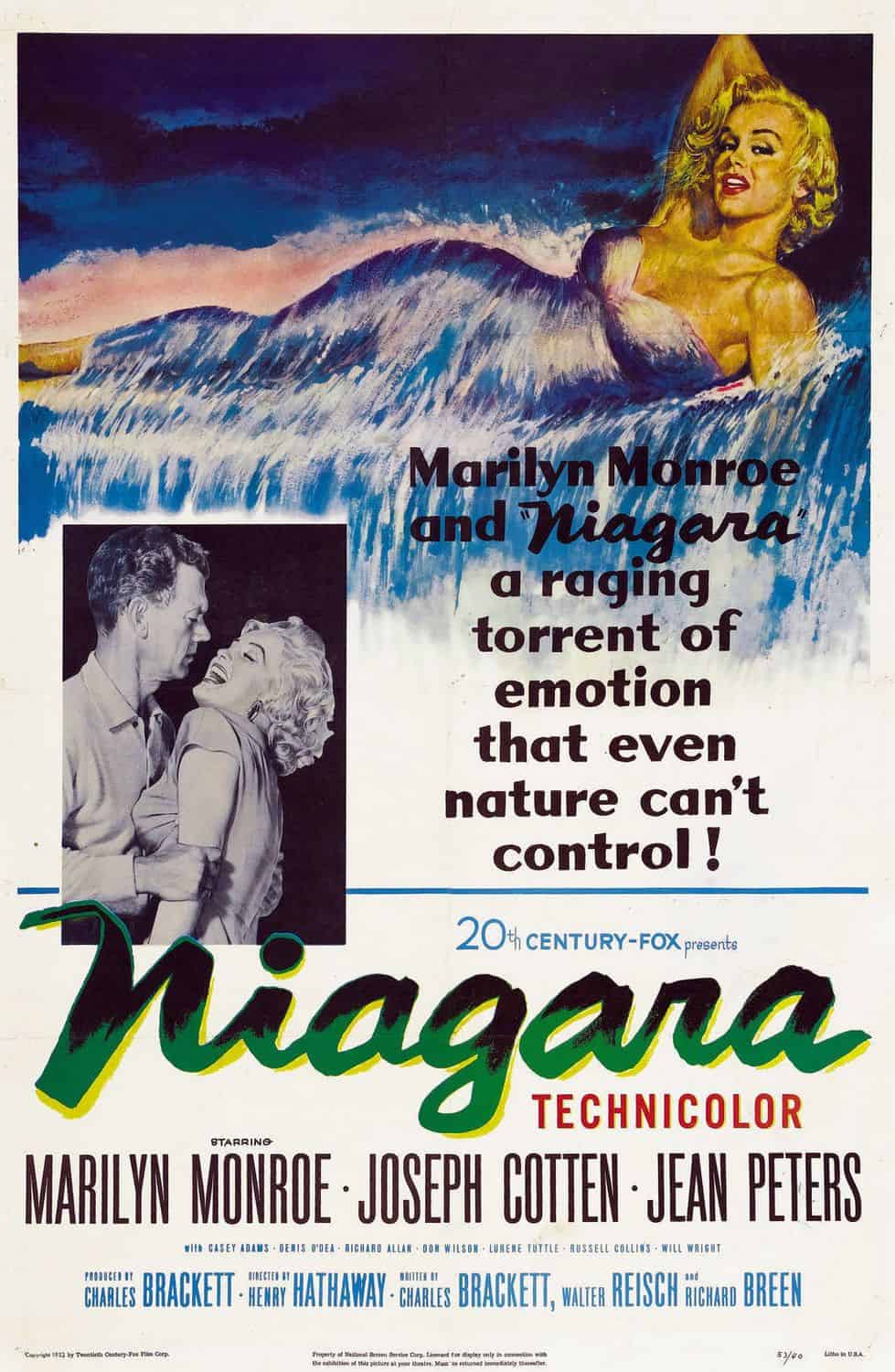 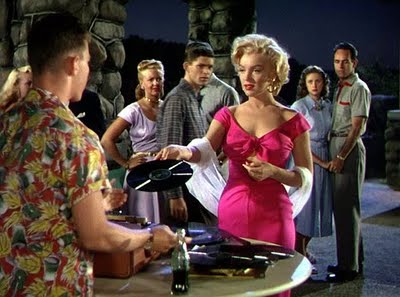 A poster from the 1953 and a key scene in the movie where Monroe presents a disc jockey
with a song that is meant to later signal an accomplice of another character’s death.

“It would be really great to know where she stayed when they were filming the movie? What a draw for customers,” noted another.

That, in itself, is a whole separate story. Monroe stayed in Room 801 of the General Brock Hotel, now called the Crown Plaza Hotel in Niagara Falls. When 20th Century Fox filmed “Niagara,” Monroe and co-stars Joseph Cotten and Jean Peters all stayed at the Brock.

The hotel, built in 1929, remains filled with pictures of Monroe and the film itself as they line the hallways of the eighth floor. Visitors can still request Room 801 at the Crown Plaza but as you can imagine, its availability might be limited given the suite’s star-power.

On a humorous note, another poster said, “My grandfather was crossing the border in one of his big trucks. She crossed the road in front of him, posed for a pic in front of his truck and kept going. He never knew who took the pic or if anyone ever saw it.” 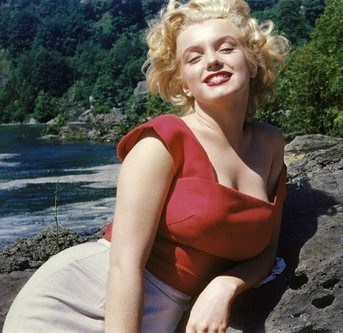 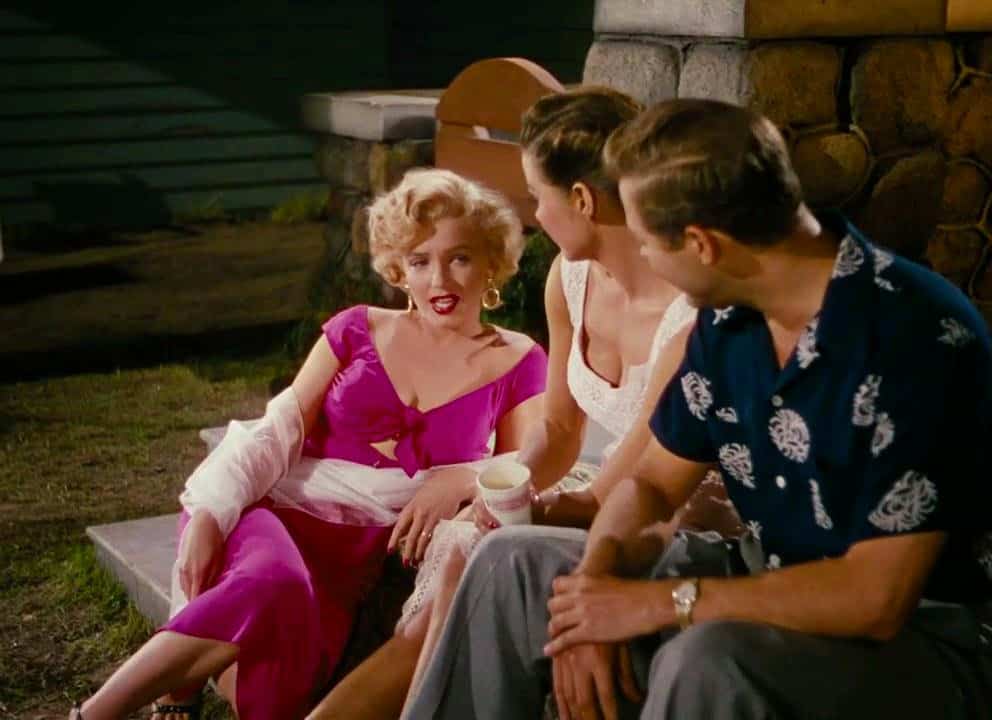 Monroe, left, taking a publicity still for the movie and in a scene, right, with costars Jean
Peters and Max Showalter.

Two posters knew two of the extras quite well. “My uncle (Donny Thompson) played a sailor. He had one line,” said one. We’re not sure if this was the case at the time but if you have even a single line in a modern movie, you are automatically paid scale. Said another: “My Dad got to be one of the extras in the movie.”

And finally, said another, “A story I heard in my family for years was when my parents and me went down to see her, she came over to them, looked at me in my buggy and said how cute I was! They, too, said she was lovely and pleasant.”

Even 70 years ago, the lure of Hollywood celebrity can turn anyone’s (and any town’s) head. 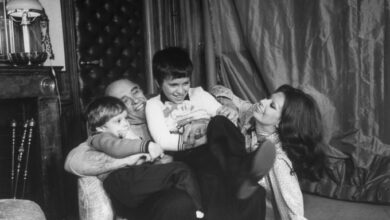 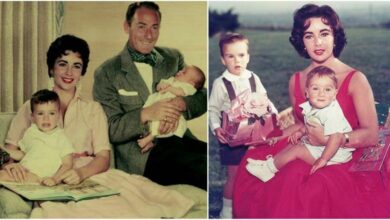 Elizabeth Taylor Wasn’t Just A Beautiful Woman And A Talented Actress. She Was A Loving Mother 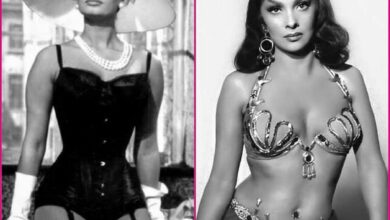 LOOK at Gina Lollobrigida at 90: Did she just completely DISS Sophia Loren? 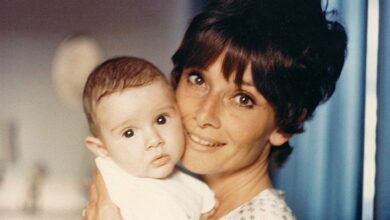