Actor John Wayne made seven movie projects with the word “trail” in the title. He was more famous for his status as a Hollywood star than as an actor, although that isn’t to say that he didn’t have any critically-acclaimed performances, such as his Oscar-winning work in True Grit. However, it’s clear that Wayne certainly enjoyed bringing his cowboy persona to the Western and adventure genres. His fans knew exactly what they were getting when they paid to see one of his feature films.

Wayne’s first lead performance in 1930’s The Big Trail was also the first time he starred in a movie with the word “trail” in the title. The story follows Breck Coleman (Wayne), who works as a fur trapper. He takes on the job of taking a group of pioneers along the Oregon Trail. However, it’s not a safe path, as blazing desert temperatures and Native American warriors are along their path. Meanwhile, Breck falls in love with a woman named Ruth Cameron (Marguerite Churchill), all while tracking down those responsible for killing his mentor.

The Big Trail opened to mixed critic reviews and bombed at the box office. As a result, the studio had to declare bankruptcy after pouring so many resources into the epic. Nevertheless, the movie earned a lot more respect from more modern audiences.

The next Wayne trail movie was 1933’s The Telegraph Trail, which was only three years after his feature debut. The plot tells the story of a greedy businessman named Gus Lynch (Albert J. Smith) who is charging locals ridiculous fees for his gain. Gus makes the decision to take advantage of nearby Native Americans to stop the telegraph from being built. However, a young cavalryman named John Trent (Wayne) is set on making things right.

Sagebrush Trail hit theaters in the same year as Wayne’s previous trail movie in 1933. This time, he plays John Brant, a man wrongly imprisoned for murder. He decides to make a great escape to find the real killer to clear his own name. John joins a gang of outlaws led by Bob Jones (Lane Chandler) to get additional help, but it brings him more trouble than he bargained for.

The following year, Wayne starred in a 1934 movie titled The Trail Beyond. He plays Rod Drew, who is an All-American new college graduate who agrees to help search for missing people in Canada. He brings his close friend, Wabi (Noah Beery Jr.), along with him to help. They encounter a dangerous French Canadian gang of outlaws who are behind the abductions.

The Desert Trail is a 1935 movie that sees Wayne starring as John Scott, a rodeo rider working with his buddy, Kansas Charlie (Eddy Chandler). They’re accused of murder while settling a debt with their promoter, and he dies at the hands of two thieves. John and Kansas must assume fake identities, but they don’t have very long to clear their names and bring the guilty to justice.

Wayne’s 1936 movie The Oregon Trail finds him playing a retired army captain named John Delmont. He discovers that his father was murdered and becomes increasingly bitter as he searches out his killer. The chase leads him to a group of outlaws, including a renegade who left his father to die.

The Lonely Trail in 1936 was Wayne’s final movie with the word “trail” in the title. Captain John Ashley (Wayne) fought in the Civil War for the North, but he’s brought under the Governor of Texas’ wing afterward. He’s tasked with tracking down and getting rid of a group of carpetbaggers. He seeks out Adjutant General Benedict Holden (Cy Kendall) for help before realizing that he’s also involved in looting from the local folks. 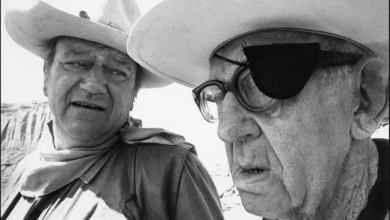 John Wayne Once Embarrassed Himself so His Mentor Could Save Face 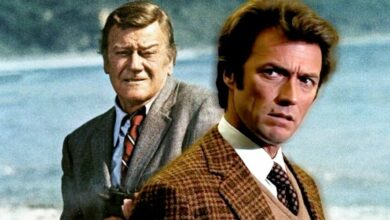 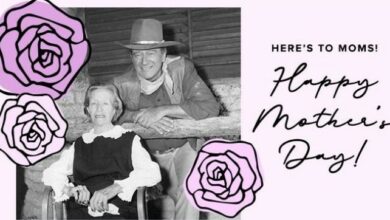 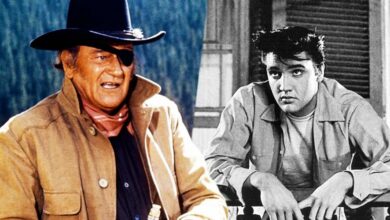 The Western Elvis Presley & John Wayne Almost Made Together