Here are the locations where John Wayne Western Rooster Cogburn was filmed. While he appeared in everything from war epics to romantic dramas, Westerns are still the genre John Wayne was most defined by. Following the success of 1939’s Stagecoach, Wayne would make a string of classic Westerns, including Red River, Rio Bravo – a major influence on John Carpenter’s movies including Assault On Precinct 13 – The Searchers and True Grit. The latter cast him as Rooster Cogburn, a surly U.S Marshal, and his performance won him his only Academy Award.

That’s likely the reason the only role he ever reprised in his career was Rooster Cogburn, in the 1975 sequel of the same name. This follow-up saw Cogburn, who after his badge is stripped away for misconduct is given the chance to earn it back by tracking down some bank robbers. He’s joined on his quest by Hollywood icon Katharine Hepburn, who plays a spinster who reluctantly teams with Cogburn to find her father’s killers. Rooster Cogburn was the only pairing between Wayne and Hepburn, who by all accounts got along surprisingly well during filming. However, Rooster Cogburn wasn’t the best work of either performer.

Rooster Cogburn also proved to be the penultimate movie for Wayne – who turned down an Eastwood Western – with the actor retiring following ’76’s The Shootist, co-starring Ron Howard. Rooster Cogburn isn’t the greatest Western Wayne ever appeared in, but it does boast some fantastic scenery. While the story is set in Arkansas, Rooster Cogburn was primarily filmed in Oregon. The movie started filming in 1974 and key locales include The Ryan Ranch at Deschutes National Forest while the river sequences were shot at the Rogue River in Josephine County.

Smith Rock State Park was used too, with a rock climbing guide building located there standing in for a saloon. Mountains scenes for Rooster Cogburn were shot at locations in Deschutes County in Bend, Oregon. Being a Western from a certain era, portions of Rooster Cogburn were also shot on soundstages at Six Points Texas, Backlot, at Universal California.

There were once plans for a third Rooster Cogburn movie with Wayne – who almost worked with Elvis – returning, but the sequel only performed modest business and this plan was scrapped. The character did make a return to the big screen in the form of 2010’s True Grit, which cast Jeff Bridges as Cogburn with the Coen Brothers writing and directing. Despite receiving criticism in reviews for his mumbly dialogue delivery, Bridge’s work was well-received and he received an Academy Award nod for Best Actor. 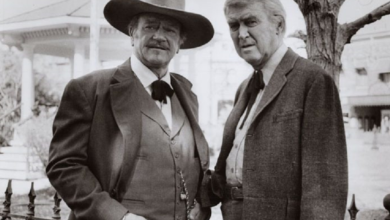 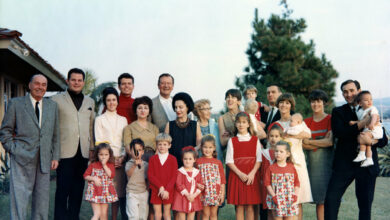