Born on Feb. 22, 1962, John Ethan Morrison (known professionally as Ethan Wayne) is the youngest son of the late Western film icon John Wayne (birth name Marion Robert Morrison and known to friends as “Duke”) and wife Pilar Pallete. Memorably, as a boy Ethan appeared on-screen with his father and older brother Patrick in Big Jake (1971). In the wake of his dad’s death from stomach cancer at age 72 on June 11, 1979, young Wayne turned a stint doing stunt work, then returned to acting on both the big and small screen, including a co-starring role in the police drama The New Adam-12. When older brother Michael Wayne died in 2003, Ethan took the reins as president of the family-run John Wayne Enterprises and director of the John Wayne Cancer Foundation.

Wild West recently caught up with Ethan to discuss the various Wayne family endeavors, including the new museum, John Wayne: An American Experience, in Fort Worth, Texas.

WHAT WAS THE GENESIS OF THE NEW MUSEUM?

In the last few years the team at John Wayne Enterprises and I hosted a series of successful interactive pop-up exhibits in both Nashville and Las Vegas. After seeing the impact my father still has, our family decided we wanted a more permanent location. Through my good friend Patrick Gottsch I was introduced to Craig Cavileer of Majestic Realty, and they brought me down to the stockyards in Fort Worth. Once we saw Cavileer’s vision for the stockyards, we knew it was the right place for John Wayne.

WHAT UNDISCOVERED TREASURES DID YOU TURN UP IN THE FAMILY STORAGE FACILITY?

When they packed up my father’s house, it looks like they emptied the contents of every drawer and just wrapped the whole thing up in brown packing paper. While unwrapping all of it, we stumbled on everything from unread mail to his Oscar he won for True Grit. We also found some really good old whiskey, which is what inspired our collaboration with Duke Spirits. It really was like a step back in time.

WHAT ARE YOUR FAVORITE ASPECTS OF THE MUSEUM AND ITEMS ON DISPLAY?

For me personally it’s the wardrobe display in the “Life on Screen” section. All the costumes he wore in the most iconic films, set up on mannequins exactly how they appear on-screen. It’s very impactful.

HOW DOES IT FEEL TO BE NAMED FOR BOTH A WESTERN FILM ICON AND ARGUABLY HIS GREATEST CHARACTER ROLE (ETHAN EDWARDS OF THE SEARCHERS)?

It’s a great legacy. I’m proud to carry that moniker.

WHAT WAS LIFE WITH YOUR DAD LIKE, AT HOME, ON THE SET AND ABOARD HIS CONVERTED WORLD WAR II MINESWEEPER WILD GOOSE?

My dad was happiest out on the water or on location; he loved projects and stories. On set, he was all business—very focused on the project. At home, he was warm, but consistently busy with the day-to-day, as you could imagine. On Wild Goose, though…he really was in his element with friends, family and lots of laughter and adventure.

TRUTH BE TOLD, I’M STILL ABSORBING THE IMPACT HE HAD ON THE WORLD

WHEN WERE YOU FIRST AWARE OF YOUR DAD’S CELEBRITY?

It was always there—I don’t really have a specific story to point to on that. I suppose as a teenager I understood his influence a little more, but truth be told, I’m still absorbing the impact he had on the world.

WHAT OTHER CELEBRITIES WERE IN YOUR FAMILY’S ORBIT? DID YOU HAVE ANY FAVORITES?

I was a little too young to really know them, but I have fond memories of Dean Martin and Maureen O’Hara. Those two stick out as favorites.

WHAT DO RECALL ABOUT YOUR DEBUT SPEAKING ROLE IN BIG JAKE, IN WHICH YOU PLAYED JACOB “LITTLE JAKE” MCCANDLES, THE KIDNAPPED GRANDSON OF YOUR FATHER’S TITLE CHARACTER, JACOB MCCANDLES?

Growing up, I was on location all the time, but really wasn’t a part of the team. On Big Jake I was on the team. I loved the whole cast, and it was an amazing experience.

DO YOU HAVE FAVORITES AMONG YOUR FATHER’S FILMS, WESTERNS OR OTHERWISE?

Right now, The Cowboys. The Wil Andersen character is probably the most similar to how my father was with me in real life. Watching it now, it makes me feel very nostalgic.

HOW DID YOU GET INTO STUNT WORK?

After my dad died, Gary ”Whiz Kid” McLarty hired me to do stunt work on The Blues Brothers and gave me some direction at a rudderless time in my life.

WHAT WERE YOUR MOST MEMORABLE MOMENTS AS AN ACTOR AND STUNTMAN?

Meeting John Belushi and Dan Aykroyd. That was amazing as a young man just starting out. I also really enjoyed working on The New Adam-12, because it was a pretty fast-paced production. I had a terrific co-star [Peter Parros] and really enjoyed the experience.

DID YOU HAVE ANY QUALMS ON INHERITING OLDER BROTHER MICHAEL’S MANTLE AS HEAD OF THE FAMILY ENTERPRISES AND THE CANCER FOUNDATION?

Yes, Michael was very smart and a great businessman. Though I wish we had had time to discuss the business a little more before he passed, I was excited by the challenge and the privilege of the position.

WHAT DO YOU HOPE TO ACCOMPLISH THROUGH JOHN WAYNE ENTERPRISES?

The main objective is to keep John Wayne’s name and essence alive. We’re hard at work on the John Wayne: An American Experience exhibit in Texas, fine tuning a retail line and creating partnerships with other companies that live his values. I think our job is to share his positive influence with the country again. So, basically, trying to bring his core values and character back to the people.

WHAT ARE YOUR GOALS FOR THE JOHN WAYNE CANCER FOUNDATION?

When my father was dying, he asked us to use his name to help doctors find a cure, so that’s the big one. We’re working toward that by raising money for cancer research, funding a kids skin care program called Block the Blaze and creating John Wayne Fellowship Programs at a couple of great universities—the University of California, Irvine, and Texas Tech—so doctors can continue their surgical oncology education. There is actually a whole room dedicated to this work at John Wayne: An American Experience that I would encourage people to check out.

DO YOU HAVE A FAVORITE PERSONAL KEEPSAKE OF YOUR FATHER’S?

Of course I do. But if I told you, it wouldn’t be personal anymore.

WHAT LESSONS DID HE TEACH YOU THAT STAY WITH YOU?

The first thing that comes to mind is “red, right, returning.” I’ve always been fascinated by anything I could drive, so I especially loved learning about Wild Goose and how it worked. Any fellow watermen reading this will know about that rule.

WHAT IS YOUR LAST CLEAR MEMORY OF YOUR DAD?

I was right there with him at the last part of his life, and I’ve got to say, he showed a lot of courage. The man had grit all the way to the end.

Well, he said himself how he’d like to be remembered: “Feo, fuerte y formal,” which translates to “ugly, strong and dignified.”

WHAT IS JOHN WAYNE’S GREATEST LEGACY?

There is no arguing that his film career was one of the greatest of all time, but I’d have to say the greatest legacy is the work we’re doing at the John Wayne Cancer Foundation. He’d be very proud of the strides we’re taking in the fight against cancer. WW

Dave Lauterborn, based in historic Harpers Ferry, W.Va., has been the managing editor of Wild West since 2008. For further reading he suggests John Wayne: The Life and Legend, by Scott Eyman, and Duke in His Own Words, with an introduction by Ethan Wayne. 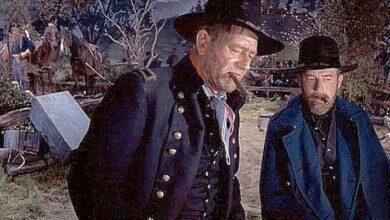 John Wayne ‘s roles on television are not recognized , but he is proud when he mentions . 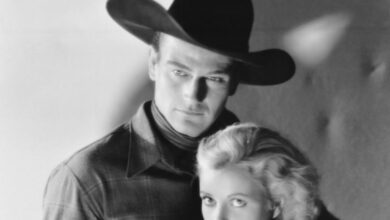 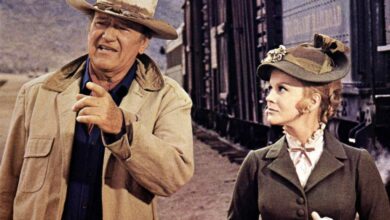