Here’s why John Wayne made his 1959 Western Rio Bravo as a response to High Noon. From his screen breakthrough with 1939’s Stagecoach to his final role as a terminally-ill gunfighter in 1976’s The Shootist, Wayne’s screen persona is inexorably tied to Westerns. He starred in some of the most famous examples of the genre, including The Searchers and The Man Who Shot Liberty Valance.

Another classic of his is Rio Bravo – which later became an unofficial trilogy. This sees Wayne’s sheriff Chance tasked with holding on to a prisoner while he and his motley team of men are besieged by hired guns. The film often features on lists of the greatest Westerns of all time, and is a favorite of both Quentin Tarantino and John Carpenter, with the latter’s Assault On Precinct 13 being heavily inspired by it. For those paying attention to Rio Bravo’s story, they’ll spot many parallels with another famous Western: 1952’s High Noon.

This Fred Zimmerman-helmed revisionist Western cast Gary Cooper as Marshal Will Kane, who is set to retire with his new Quaker wife Amy (Grace Kelly) when he learns an outlaw he put away is coming back to town. Despite repeatedly trying to enlist the help of the townsfolk, they shun Cooper’s – who is heavily referenced in Landscapers – Kane and he’s left alone to face a gang of killers. In contrast to other Westerns of the era, High Noon is a stripped-back thriller that takes place in real-time and isn’t afraid to portray the fear and disillusionment of its protagonist. The film was also a bitter comment on the Hollywood blacklisting of the era – which earned it Wayne’s wrath for several reasons.

During the time High Noon was produced, the House Committee of Un-American Activities – which investigated allegations of alleged communist activity in the U.S. – had taken a particular interest in Hollywood and the messaging placed in movies. The careers of many filmmakers were heavily impacted or outright destroyed during this era of the Cold War because if they were called before the committee and refused to “name names” of those with suspected communist ties, they were effectively blacklisted. Leading this charge within the industry was the Motion Picture Alliance for the Preservation of American Ideals (AKA the MPA), which featured mostly conservative members who wished to defend the business from those with communist or fascist sympathies.

The MPA counted Wayne, Clark Gable, Ronald Reagan, John Ford and even Gary Cooper among its ranks. Wayne himself served as President of the MPA for four years and rejected the lead in High Noon because of its political subtext. In addition to Wayne (who appeared in 80 Westerns throughout his career) finding the material “Un-American” – being particularly offended that Kane would run around begging for help while the townsfolk also refused to come to his aid – he was upset by the last scene of the Marshal throwing away his badge when the showdown was done. The movie’s screenwriter Carl Foreman had also been a member of the Communist Party USA for several years and later declined to provide names to the HUAC when called as a witness.

This led to his blacklisting from the industry and a drastic downplaying of his role in the production. Wayne would later take pride in his part in this, stating in his 1971 Playboy interview he didn’t regret having “… helped run Foreman out of the country.” Despite his hatred of High Noon, he still accepted an Oscar on close friend Cooper’s behalf for the film, when the latter was unable to attend the ceremony. Wayne – who was nicknamed “Duke” – and director Howard Hawks later reteamed to make Rio Bravo, which saw the former’s tough sheriff never asking for help or doubting his duty. Rio Bravo also had a more optimistic view of the Old West, as plenty of people come to Chance’s aid regardless. Both High Noon and Rio Bravo are classics in their own right, even if their views of America are coming from opposite viewpoints. 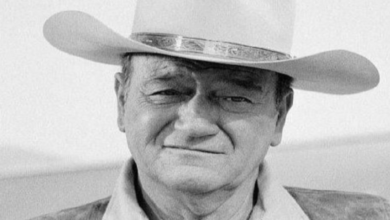 John Wayne and inspirational quotes for everyone. 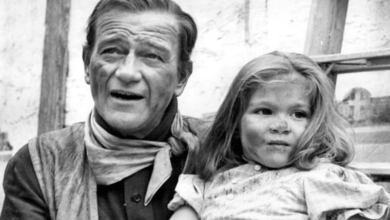 At 72 years old, a man with cancer – John Wayne still wants to give his best. 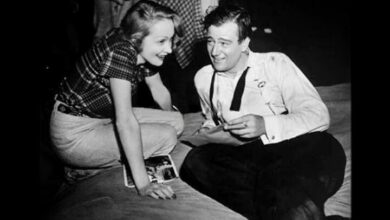 Western star .. Wayne was having an affair with actress Marlene Dietrich of losing this relationship was the real reason Wayne didn’t want to go to ԝаr