The 20-year-long persistence of the superhero genre in contemporary blockbuster cinema has cause many pundits to draw a genre parallel between comic book movies and Westerns. In 2015, the Guardian published an essay comparing the two cinematic trends, largely as a predictor as to when the superhero film would finally cease its continued ascendency. That same year, Steven Spielberg compared the genres, once again using the moribund Western as an indicator of the ephemerality of any genre. Seven years since then, superhero movies have churned out several enormous hits, including several of the biggest box office bonanzas of all time. In 2022, however, the entertainment landscape has changed a lot, companies are merging into weird, gross entities, and high-profile superhero projects now stand the chance of being canceled. Pundits have been predicting it for years, but superhero movies may finally be on the downhill slope. Only time will tell.

“The Train Robbers,” a Burt Kennedy film from 1973, is from a time when the Western genre, at least as a dominant form in the pop consciousness, was most assuredly on the outs. “The Train Robbers” starred a 69-year-old John Wayne as an aging rogue who volunteers to retrieve a store of gold once stolen from a train by Ann-Margret’s late husband. In terms of structure, the film was classic Hollywood — coming right when audiences were souring to classic Hollywood. “The Train Robbers” came the year after “The Godfather,” and grittier, more “film school” movies were on the rise.

The makers of “The Train Robbers” knew that classic Westerns were already a retro genre when they were making it, and, according to Scott Eyman’s 2015 book “John Wayne: The Life and Legend,” they tried to outrun their fate by underspending. Needless to say, the big budget didn’t help. Warner Bros.
The $4.6 million budget of “The Train Robbers” translates to about $30 million in 2022 dollars. It was, essentially, a mid-budget movie. Wayne’s star had fallen, and his salary was only guaranteed to be $200,000 — about $1.3 million, adjusted. Wayne was also set to get a percentage of the gross. This relatively low payout was a declarative statement. Warner Bros. had little faith in the picture and in the star.

“The Bank Robbers” was photographed by veteran cinematographer William H. Clothier, an old friend of Wayne’s whom he met on the set of 1955’s “The Sea Chase.” After that film, Clothier would sign onto John Wayne’s own production company, Batjac Productions, and he and Wayne would end up making a total of 22 films together. “The Bank Robbers” came right after Clothier had turned 70, and when Wayne was about to turn 70. Clothier, it seems, was very ready to retire. In Eyman’s book, Clothier had said that he enjoyed his work, but was simply too tired to keep doing the same thing all the time. Clothier’s attitudes seems to belie the overall fatigue that “The Bank Robbers” instilled in everyone. He said:

“I like turkey, I have it at Thanksgiving and New Year’s but I don’t want it seven days a week. If I’m working on a picture at Batjac, I’m picked up at six in the morning to go on location. Duke and I are either the first or second ones on the set. We work until the sun goes down, then I have to go into town to see the rushes. Hell, it’s strenuous to get up at 6 a.m. if all you do all day is sit in a rocking chair!”
The Duke wasn’t having fun Warner Bros.
But more harmful to “The Train Robbers” than Clothier’s fatigue was Wayne’s. Clothier recalls that Wayne hadn’t been happy making movies for a number of years. Wayne had a lung removed due to cancer in 1964 and had a reputation for being a heavy drinker. He wasn’t in a spot to have a lot of fun getting up in the morning to shoot out in the desert. Clothier and Wayne were very close — they were able to make shockingly dirty jokes with one another — and Clothier could see that Wayne wasn’t having a blast.

“The Train Robbers” had great production value, but it was, in Eyman’s words, a “programmer.” That is: the film was only meant to fill out the Warner Bros. film slate. There was no ambition or originality to the project. It wasn’t an important piece of art with something to say. It was just a genre going through the motions. “The Train Robbers” was produced by Wayne’s son Michael, and even he knew that the film was automated and even a little cynical. Michael Wayne admitted that he attempted to get something meaningful together, and tried to make it look slick and entertaining, but when the story is dull, no amount of slickness will cover it up. Wayne said:

“I worked very hard on ‘The Train Robbers’ to try to make it into something, when basically the story wasn’t that good. I was trying to make up for the story in production values and cast.”
The times, they are a-changin’. Paramount
“The Train Robbers” came out to warm critical acclaim and complete audience indifference. It cost just enough to make and distribute that it was all but guaranteed to lose money for Warner Bros. … which it did. According to Eyman’s book, “The Train Robbers” put the studio in the red to the tune of $7.6 million. The film was made with a dull story, starring an uncommitted star, shot by a photographer on the cusp of retirement, and produced by the star’s son … who also had little faith in the project. It was pretty clear that Westerns were done.

The film’s writer/director, Burt Kennedy, even went so far as to write a note of apology to Michael Wayne. The note read “Really feel rotten about ‘Train Robbers’ falling on its ass. Guess it just wasn’t any good.”

Had “The Train Robbers” been good, who is to say what would have happened. But it’s also safe to say that the movie landscape had evolved past the need for old-world oaters like the ones Wayne was making. By the mid 1960s, Westerns had taken a turn for the arty in the hands of filmmakers like Sergio Leone, and what constituted a hit had changed drastically. In 1972, “The Godfather” had caused an enormous splash with a box office of $86 million. The same year as “The Train Robbers,” “The Exorcist” made $82 million. This was a new generation of filmmakers appealing to a new generation of filmgoers. Westerns had no place.

Should a mid-budget MCU-connected film ever come out that seems to elicit audience indifference and apologies from the filmmakers, we might know for sure that superhero films are done, or will be soon. 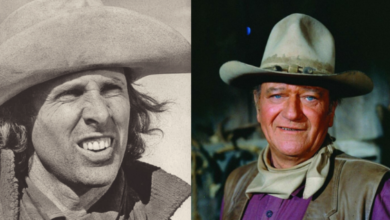 John Wayne dedicated some interesting advice to Bruce Dern during his early days on the set. 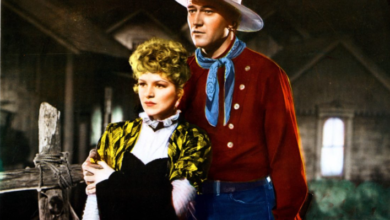 ‘Stagecoach’: John Wayne Recalls John Ford Screaming at Him for Washing His Face Incorrectly in a Scene 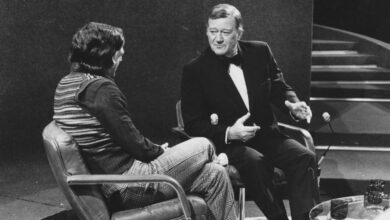 John Wayne Wasn’t a Texan. But His Legacy Lives on in Fort Worth.