Following a brief resurgence powered by his enormously entertaining (and Oscar-winning) portrayal of Rooster Cogburn in “True Grit,” John Wayne suddenly found himself scrambling in the midst of the 1970s New Hollywood era. He’d already played the tough old man of the West who whips kids into shape in “Big Jake” and “The Cowboys,” effectively leaving him nowhere to go in the genre but revisionist à la Sam Peckinpah or Clint Eastwood. This was not the red-blooded American movie star’s style.

With his Western safety net cut out from under him, Wayne turned his attention to law-and-order cop flicks. He had a crack at “Dirty Harry,” and would come to regret passing on it. Ergo, when Lawrence Roman’s script for “McQ,” a straightforward actioner about a gruff detective in hot pursuit of the drug dealer who killed his former partner, turned up at The Duke’s Batjac production company, he leaped on it. After all, who better to slake his generation’s thirst for busting up long-haired, non-caucasian scumbags than the movie star who represented everything the Boomer-driven counterculture hated about the United States? 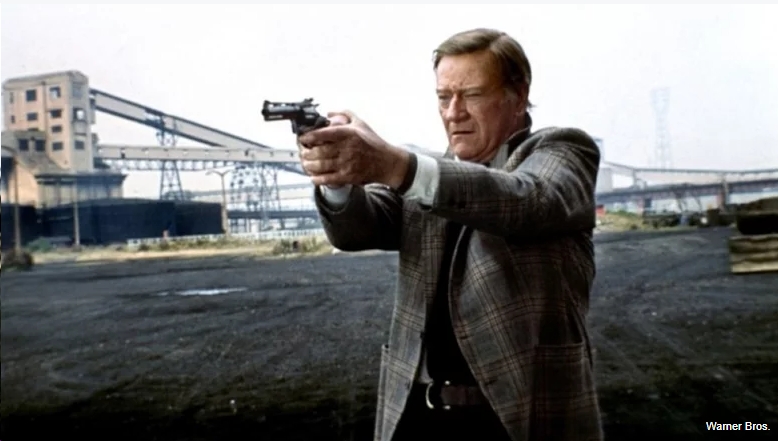 Warner Bros.
The primary problem with Wayne attempting to capitalize on the success of “Dirty Harry” was the star-producer’s conservative, visually flat aesthetic. At the time, The Duke mostly favored out-to-pasture filmmakers who had no issue with getting overruled by their leading man on set. So it was a tad surprising that Wayne opted for John Sturges, a director of supreme widescreen style in classics like “Bad Day at Black Rock,” “The Magnificent Seven” and “The Great Escape.” Alas, those movies were made a decade prior, and Sturges had lost his zest for filmmaking since then. According to Scott Eyman’s “John Wayne: The Life and Legend,” the once great director was now more interested in hobbies like boat designing.

Not that this mattered. Wayne knew “McQ” was a formulaic mediocrity on the page. Still, this placed it a cut above his most recent work. Per Eyman’s book, The Duke remarked, “I haven’t made a movie in over six months, and this one is better than most of the junk they’ve been sending me.”

A lumbering model of law enforcement 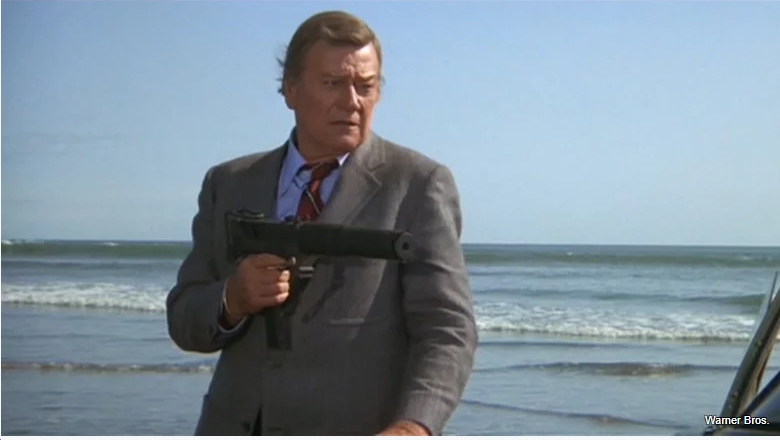 Warner Bros.
If not for Sturges’ widescreen framing (which, sadly, is rarely better than competent), a delicious supporting turn from the late, great Clu Gulager, and Wayne busting out a Mac-10 submachine gun in the film’s finale, there would be nothing to distinguish “McQ” from a network cop show. It’d be easily forgotten if anyone other than The Duke had been cast in the lead role. This is not a compliment.

“[E]ven if Wayne hadn’t looked every week of his 63 years and been far too old for the part he was playing, ‘McQ’ would have been an ordinary picture. ‘John Wayne,’ wrote Vincent Canby of The New York Times, ‘looks as if he should be celebrating his diamond jubilee on the force. […] There’s a scene […] in which Wayne is required to pick a lock and his massive hands are so gnarled from years on the range that you get the impression of a bear trying to tie a shoelace.'”

The film wouldn’t recoup its budget until 1980 (one year after Wayne’s death), but this didn’t stop the star from plowing forward with another, worse cop thriller in 1975’s “Brannigan.” Though it’s not surprising Wayne would want to capitalize on the law-and-order fervor that had gripped the nation, it’s disappointing he didn’t care to do more than go through the by-now creaky motions. He was just making movies to make movies and turning out second-rate imitations of vigorously violent films that were well out of his traditionalist wheelhouse. Unwilling to challenge himself, his time had passed. 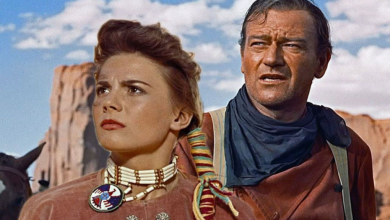 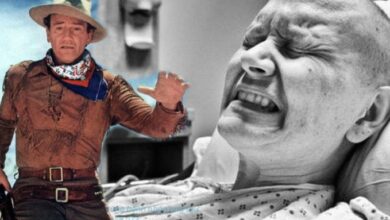 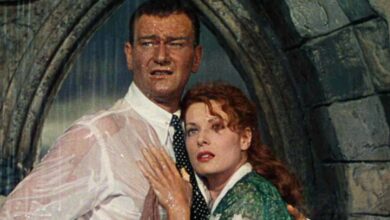 ‘Black movie queen’ Maureen O’Hara – a close colleague of John Wayne passed away in front of the audience’s mourning. 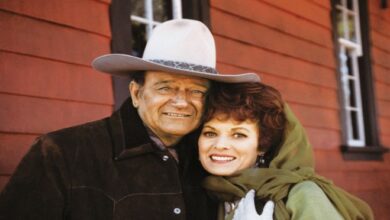