Millions know him for playing hapless Rodney Trotter on Only Fools And Horses but you may not know that he grew up in our very own county. Like many other famous actors, including Colin Firth and Martin Freeman, Nicholas Lyndhurst was born in Hampshire.

Of course, the 61-year-old is best known for his role as Rodney in the sitcom Only Fools And Horses which aired from 1981 to 1991, with sixteen sporadic Christmas specials until 2003. Playing the younger brother, Nicholas starred alongside David Jason who portrayed smooth-talking Del Boy, a market trader who is willing to sell anything to anyone to make money.

Before his acting career, however, Nicholas was born in Emsworth, in Havant, on April 20 1961. The 61-year-old is the son of Joe and Liz, and spent much of his childhood in the county before relocating to Sussex.

The actor has previously spoken about the family’s financial troubles when he was a young boy, especially after his parents separated. Speaking with The Guardian in 2015, Nicholas recollected combing the beach for mussels to have for dinner to save money.

Despite the financial trouble, the 61-year-old has said he had the ‘happiest’ childhood, and wasn’t aware of the stresses his mother was under financially. When he was ten, he attended Corona Theatre School in West London, with the support of his mother who had been a dancer.

In the 1970s, he starred in a number of television adverts and children’s films before going on to act in sitcoms such as Going Straight and Butterflies. But it wasn’t until Only Fools And Horses that the actor found nationwide fame as the comedy won over fans across the country.

When the series came to an end in 1991, after ten years on screen, the actor moved on to play the lead character of Gary Sparrow in Goodnight Sweetheart. Nicholas then returned to sitcom acting again in 2014, starring alongside Dani Harmer in After You’ve Gone.

He was nominated three times for a BAFTA for his role as the one and only Rodney Trotter but, outrageously, he never won. The actor was actually given the prestigious award for his role in a WHSmith advert.

Nicholas was the face of the stationery store from 1997 to 1999, and while this award may seem bizarre, his role in the advert was perhaps more complex and impressive than that of Rodney. Lyndhurst played a number of roles simultaneously on-screen, acting the part of four members of the fictitious Smith family, including the mother and daughter, and even played eight characters in a 2001 Christmas advert.

After finding fame, Nicholas moved to West Wittering in Sussex and he continues to live there with his wife, Lucy, who he married in 1999. They have resided in the exclusive village for more than 20 years and are surrounded by picturesque seaside scenery and large houses.

In September 2020, the family faced incredible heartbreak when their son Archie, aged 19, died from a brain haemorrhage caused by a type of leukaemia. Since the death of his son, Nicholas has not returned to acting but a representative for Nicholas has said the actor isn’t ruling out a return to the spotlight. 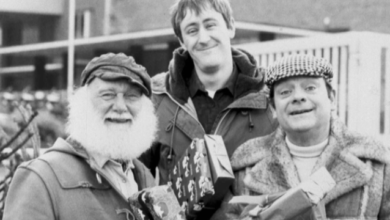 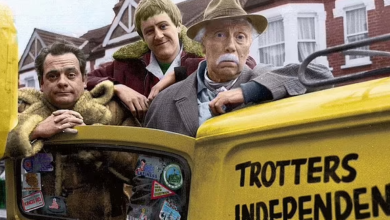 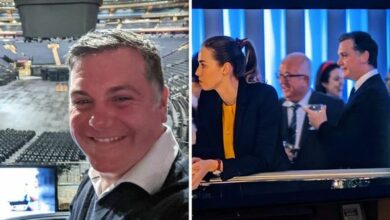 ‘So much fun!’ Dad explains how anyone can make £200 a day – including retirees 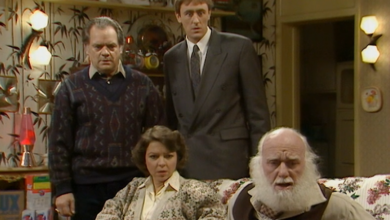