Let’s start with the obvious: Unforgiven is a masterpiece. Clint Eastwood’s gritty deconstruction of the Western genre easily stands as one of the best of its kind. From start to finish, we’re enraptured by this dangerous world populated by men and women who utilized violence as a means to an end.

Starring Eastwood (who also directed), Gene Hackman, Morgan Freeman, and Richard Harris, the epic galloped into theaters in August of 1992 and quickly found acclaim amongst critics and moviegoers. All told, Unforgiven earned a massive $159M against a $14.4M budget and went on to win Academy Awards for Best Picture, Best Director, Best Supporting Actor (Hackman), and Best Film Editing. One could argue that two more awards were due — for Eastwood’s performance (he lost to Scent of a Woman’s “hoo-ah” screaming Al Pacino) and Jack N. Green’s stunning cinematography (the Oscar went to Philippe Rousselot for A River Runs Through It).

No matter. Eastwood has no need for pint-sized Hollywood awards. The iconic director/actor aims for something bolder and grander, which is why I think Unforgiven stands as his masterwork; the pièce de résistance of a storied career that continues to this day. And for an artist with a resume chock-full of classics like The Good, The Bad and the Ugly, The Outlaw Josey Wales, Dirty Harry, High Plains Drifter, Kelly’s Heroes, Mystic River, and Million Dollar Baby … that’s saying something.

I could go on and on about Unforgiven and echo the sentiments of Peter Travers who, in his review in Rolling Stone magazine, called it “the most provocative Western of Eastwood’s career” and noted: “By weighing Munny’s rise to prosperity against his fall from grace, Eastwood gives Unforgiven a tragic stature that puts his own filmmaking past in critical and moral perspective. In three decades of climbing into the saddle, Eastwood has never ridden so tall.”

You’ve likely read this all before.

Instead, I want to focus on my favorite scene from Unforgiven. No, it’s not that scene, but rather a smaller, quieter moment that occurs midway through the film that serves as the turning point in the story.

Unforgiven mostly operates like a traditional Western throughout its first hour. We are thrust into a familiar tale of revenge, meet a colorful cast of characters, and are whisked away on a grand adventure filled with campfires and atypical sweeping country landscapes. That all changes about 50 minutes into the production when Gene Hackman’s Little Bill beats the ever-loving shit out of Richard Harris’ English Bob and hauls him to prison. It’s here that Eastwood unveils the true purpose behind this tale. Here, the director deconstructs the myth of the cowboy, blurs the line between good and bad, and sets the tone for the remaining film whilst laying groundwork for the dark finale.

He also gives us one of the more intense standoffs in modern cinema. Let’s rewind.

English Bob is a notorious gunslinger who rides into the town of Big Whiskey in the hopes of collecting a bounty on a couple of cowboys who cut up a local brothel worker. Bob, we quickly learn, possesses gunslinging skills and a talent for embroidering the truth, but has clearly let fame go to his head, as is evident by the biographical writer (Saul Rubinek) currently attached to his person. The denizens of Big Whiskey treat Bob like some sort of English Elvis; his legend precedes him at every turn. All it takes is a mild game of “shoot the pheasant,” which Bob easily wins, for challengers to holster their sidearms and take a step back; so renowned is the Englishman’s mythos.

Except, in truth, English Bob is just a man who rose to fame thanks in large part to a fortunate moment of happenstance. We learn as much when Little Bill gleefully recounts Bob’s “legendary” tale as it actually happened:

The conversation gives way to “my favorite scene,” or the standoff between Little Bill and English Bob:

I’ve watched this scene a thousand times and each viewing makes my heart race. There’s a lot to unpack here, from the way Bill demystifies the gunfighter legend by demonstrating how difficult it is to draw a weapon, aim and kill a moving target; to the manner in which Mr. Beauchamp attempts to create his own “iconic scene” that he hopes to exploit through his books.

Take note of Eastwood’s use of sound in the clip above. There’s no music. Rain and thunder pervade the soundtrack. Old Westerns often scored gunfights with dramatic orchestrations packed with rousing themes for the good guys and darker melodies for the bad guys. Check out this clip from the classic High Noon in which Gary Cooper takes on some dastardly villains and listen to the way Dimitri Tiomkin’s bombastic score highlights the action:

The difference between High Noon and Unforgiven is that the former features clearly drawn heroes and villains operating on very distinct sides of the law, while Unforgiven dips its toes in murkier waters. During Bill’s standoff with Bob, there’s no need for music because, well, we’re not sure who to root for. Little Bill carries a badge and certainly seems like he has good intentions, but isn’t much better than the murderers he abuses. It’s no coincidence that as tensions mount in the jail, Eastwood posits Bill behind bars in several shots, giving the impression that he deserves to be locked up right alongside the criminals he so despises:

I’ve always seen Bill as a man desperately trying to be the good guy, who too often mistakes violence and abuse for justice. His treatment of English Bob, for example, is a misguided attempt to condemn a man who hasn’t done anything wrong:

After Bill’s mistreatment of Bob, the film escalates into a series of violent standoffs and showdowns.

At one point, Bill comes face-to-face with a feeble and sick William Munny and seizes the opportunity to beat the shit out of the old cowboy. His directive is to scare the bejesus out of bounty hunters who ride into town aiming to kill for a handful of cash. I should point out that Bill’s violent actions make little impact. William and his partner, the Schofield Kid, eventually murder the two wanted cowboys and collect the bounty. Ironically, if Bill had acted as an actual lawman rather than a violent psychopath, he may have saved the two boys’ lives. Instead, his deeds incite more unnecessary violence and eventually lead to his own death.

Ironically, in the jailhouse, Bill calls English Bob a pathetic coward for shooting one of his victims in the back. He’s not wrong. Bob is a phony and a coward. However, Bill spends half the film beating defenseless people to a bloody pulp. He literally murders Ned (Morgan Freeman) — a character who outright refuses to kill — after a violent interrogation goes wrong and later displays his corpse for all to see.

In the end, Bill is more ruthless, cowardly, and cold-blooded than the men he tries to keep from entering his town. No matter, Little Bill eventually gets what he deserves in Unforgiven’s astonishing final scene:

What’s great is that Bill’s death is foreshadowed during his extensive conversation with Mr. Beauchamp in the jailhouse: “Look son,” he says, “being a good shot, being quick with a pistol, that don’t do no harm, but it don’t mean much next to being cool-headed. A man who will keep his head and not get rattled under fire, like as not, he’ll kill ya.”

We see two examples of this play out. First, when Bill squares off against English Bob, and second, during his final confrontation with William Munny. In the first, Bill is calm and steady — he even smirks! That’s because Bill knows the truth about Bob. He doesn’t buy into the lies surrounding his person and knows the Englishman will back down from a fair fight or end up dead. Bob represents the faux legend whose mythos quickly unravels when you peel back the layers and peer just below the surface.

In the second example, Bill comes toe-to-toe with an actual gunfighter with a known reputation — Munny has killed women and children, after all — and panics. By contrast, William Munny keeps his cool and manages to take out a half dozen men (including Bill) with relative ease. Munny is the legend we all long to see, but the cold truth is that he’s a miserable old man haunted by his past deeds. Mr. Beauchamp will likely embellish his story and paint Munny as some sort of mythical figure, but we know the truth.

Ultimately, I could’ve picked any number of scenes from Eastwood’s classic to explore. However, the jailhouse shootout has always been the moment where Unforgiven morphed from being a really good Western to perhaps the greatest Western ever made. In the end, this might not be the old-fashioned Hollywood cowboy adventure we all wanted, but it’s the film we deserved. 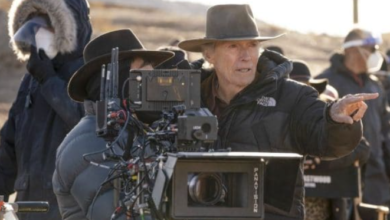 Why Clint Eastwood Only Appears In His Own Films Now 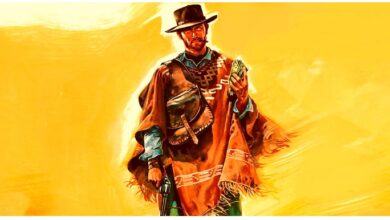 How Many Westerns Clint Eastwood Actually Appeared In 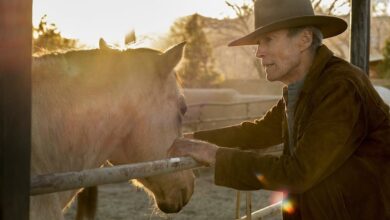 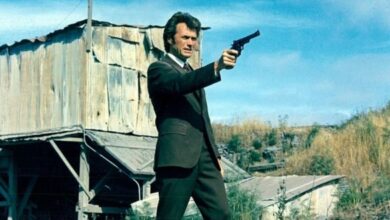 Clint Eastwood Once Turned Down Role of James Bond: Here’s Why