John Wayne is often canonized as one of America’s greatest heroes, but this wasn’t the case during World War II as his Hollywood star began to rise. As author Garry Wills described in his book “John Wayne’s America: The Politics of Celebrity,” the combat veterans present during his USO tours in the 1940s were furious with his presence, booing the Duke and jeering as he took the stage. In their eyes, Wayne was a coward and a draft dodger who chose Hollywood stardom over joining the war effort. When the attack on Pearl Harbor signaled the United States’ entry into World War II, John Wayne had recently enjoyed his breakthrough performance in “Stagecoach,” which positioned him as the next big thing.

By the time the U.S. joined the war, Wayne was already 34 years old and was the main financial support for his wife and four children. His contemporaries like Jimmy Stewart, Clark Gable, and Henry Fonda all enlisted, but Wayne never did. The longstanding belief has been that Wayne was fearful he’d be “over the hill” by the time he returned to have a career in Hollywood, and didn’t have the wealthy safety net for his family the way his aforementioned colleagues did. President Roosevelt called the movie theater a “necessary and beneficial part of the war effort,” so Wayne stayed back to support the war effort through his art, successfully obtaining a 3-A status, “deferred for [family] dependency reasons.” Making movies could help support his family, and in his mind, raise morale throughout the country.

(Lest we forget: plenty of other men who were the head of their household did not have the privilege of deferring, but that’s a whole ‘nother article.)

Is Wayne a draft dodger or a loophole exploiter?

John Wayne never actually had to register for the draft, instead starring in 18 films between 1941-1945, many of which had war-related themes that positioned him as a tough American hero who survived the impossible. With his A-lister status now well entrenched, there was no real reason he couldn’t enlist. His family had the money to stay afloat without him, Hollywood clearly loved him and would have welcomed him back with open arms, and director John Ford even had an “in,” getting Wayne to join the naval photography unit. But it didn’t happen. In 1944, Wayne received a 2-A classification, “deferred in support of [the] national … interest.” Meaning that he didn’t have to go to war because it was believed his performance on screen was just as important. Selective Service tried to revoke his deferments shortly after, but the studio system made an appeal and his 2-A status was reinstated until after the war had ended.

Historians believe that Wayne’s guilt inspired by his lack of serving in the war was a major contributing factor to his eventual zealous nationalism and white supremacist ideals. It’s hard to have empathy for someone who completely took advantage of a studio system in need of movie stars because the regular go-to’s were off serving in the war while John Wayne’s support and activism started and stopped with his own quest for fame.

Meanwhile, superstar Marlene Dietrich also couldn’t serve in the war due to her gender but dedicated countless hours and dollars to helping Jews escape Germany, publicly called Hitler “an idiot” for trying to cast her in propaganda films and put on more than 500 performances for Allied troops throughout the war.

John Wayne is no hero

When it comes down to brass tacks, John Wayne is nothing more than an opportunistic bigot that has been undeservedly iconized by American culture. In Ronald L. Davis’ book “Duke: The Life and Image of John Wayne,” he cites a quote from John Ford’s grandson Dan regarding Wayne’s lack of action during World War II. “Here was his only chance and he knew it,” Dan Ford said:

“He was an action leading man, and there were a lot of roles for him to play. There was a lot of work in A movies, and this was a guy who had made eighty B movies. He had finally moved up to the first rank. He was in the right spot at the right time with the right qualities and willing to work hard. Would I have done any different? The answer is hell no.”

Ford’s honesty is refreshing compared to Wayne’s history of skirting around the question and subsequent unacceptable behavior in the name of “patriotism.” In a delicious bit of irony, Sacheen Littlefeather, the indigenous woman that Wayne had to be physically restrained from attacking at the 1973 Academy Awards ceremony was finally given a formal apology today, nearly half a century later.

Meanwhile, John Wayne has statues erected of him across the American Southwest and is the namesake of the Orange County, CA airport … all because he took advantage of a dire situation and used it to make him a star. 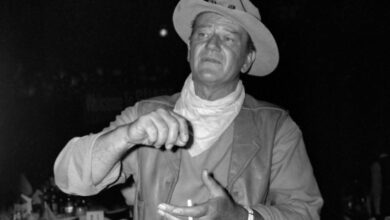 John Wayne Casserole Recipe That Made the Duke Proud 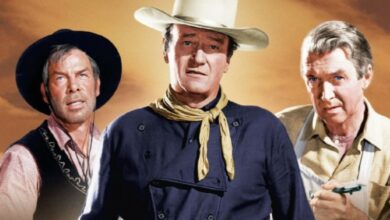 It took John Wayne a while to get ‘battle ready’ as ‘The Man Who Shot Liberty Valance’. 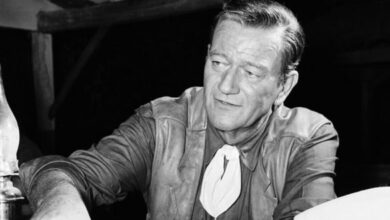 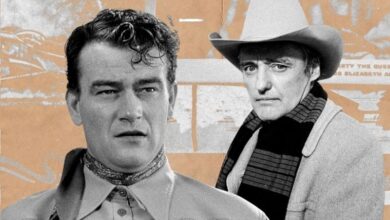