John Wayne had iconic fight sequences on the silver screen that revolutionized fist throwing in cinema. However, he also had some hilarious stories involving his run-ins with other folks he didn’t agree with. Wayne once arm-wrestled with another man to settle a fight in the men’s bathroom of a casino.

John Wayne ‘kept the lid on’ his temperament

Scott Eyman’s John Wayne: The Life and Legend uncovers many aspects of the actor’s life, including his fights. However, they didn’t all necessarily get physical. He had a good relationship with fellow actor Katharine Hepburn, but they also had differences in how they interacted with others.

“Wayne was amused by Hepburn’s temperament, but he himself was much milder—unless the subject was politics,” Eyman wrote. “When it came to the public he always kept the lid on. Because of his image, drunks or belligerents would frequently challenge him to fights, which he always managed to avoid.”

John Wayne: The Life and Legend includes a conversation with a stuntman and second unit director named Ray Kellogg. He went with Wayne to a casino on Catalina. However, the night had a sudden change when a man standing next to them in the men’s room suddenly said, “I’ll can your a**.” Kellogg initially said that the man would have to go through him first, but he wouldn’t stop trying to get at the actor.

Wayne finally interjected: “You probably could knock me on my a**; I can see you’re a real tough mother. I’ll tell you what we’ll do. We’ll arm wrestle. How about that? We’ll arm wrestle first, see who’s stronger.”

The man in the bathroom agreed to arm wrestle Wayne instead of fight. They tipped a wastebasket over to act as the table. However, they didn’t realize that the wastebasket was rusty and their elbows ripped right through the bottom of it and their arms got stuck. Kellogg had to pry some of the metal loose for them to free their arms.

The actor had a complicated payroll

Wayne had plenty of other fights that didn’t include physical altercations. He co-founded Batjac Productions, which was an independent film production company. However, he had a lot of difficulties on the back-end, which he used as a vehicle to produce and star in movies.

According to Eyman, Jack Warner of Warner Bros. told Wayne to bring Batjac back to the studio and said, “You should be here, where you can be f***ed by friends.”

All of the Batjac employees had to earn their positions other than his brother, Bob. However, Wayne only allowed this because of their mother, Mary Morrison. He always tried to improve their relationship, but he couldn’t do anything to change that. 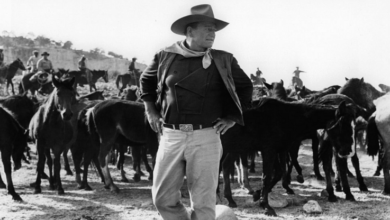 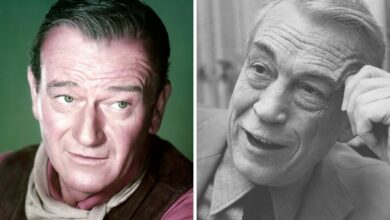 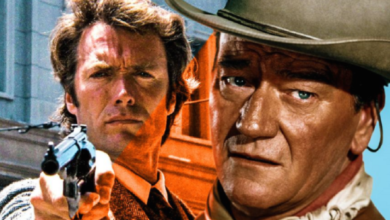 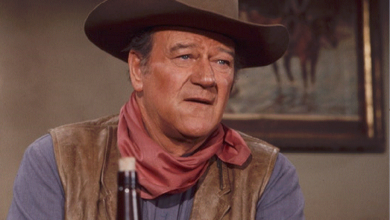 How did John Wayne deal with criticism from critics?