BLUE BLOODS’ leading actor Tom Selleck has reflected on his highly acclaimed 80s series and hit back at criticism about the outfits.

Though the actor has become a recognised face for playing the role since the show first premiered in 2010, he had become a household name many years before.

Selleck was thrust into the limelight after landing the lead role as Thomas Magnum on CBS’ highly acclaimed crime drama Magnum PI.

With over four decades of success in the TV and film industry, the 77-year-old reflected on the role and the 80s fashion.

Selleck was a guest on the Kelly Clarkson Show which he guest-starred on to promote Blue Bloods.

However, the host and singer Kelly asked the actor about his iconic look on Magnum PI.

Sporting a baseball cap and a thick moustache, Selleck’s character was often discussed for his fashion choices which often included small shorts with a red Hawaiian shirt.

Speaking about his outfits, he revealed: “I get a lot of short questions because they’re short.”

Blue Bloods was renewed for a 13th season (Image: CBS)

Kelly remarked: “They were short then, back in the day though,” and added, “you’ve got nice legs.”

Selleck defended his fashion choice and stated: “That’s what shorts are, shorts are shorts.

“And those pyjama bottoms that they wore for about the last decade are silly.”

After highlighting its dangers: “You can trip on them,” he recognised that shorts were making a comeback to modern fashion.

Despite sharing his passion for short shorts, Selleck reflected on his time at Magnum PI and revealed he would read the scripts ahead of time to plan his outfits.

He admitted: “I cheated, I read the script and I knew if I had a fight scene coming up I wouldn’t wear the shorts.

“Because I wanted to put pads underneath my jeans, I cheated that way but it’s hot over there.”

Thankfully for fans, Selleck is expected to be reprising his role as Frank, as Blue Bloods was renewed for its 13th season in April.

The announcement was dropped just before the show’s penultimate episode which was a huge relief for the cast and its viewers.

Actor Donnie Wahlberg who stars as Danny Reagan also shared the announcement onto his Instagram feed with a heartfelt message.

It read: “We’re on to [Blue Bloods] Season 13!!! Let’s go!!! Thanks to all the loyal viewers and to my amazing Blockhead Family. You deserve all the credit.” 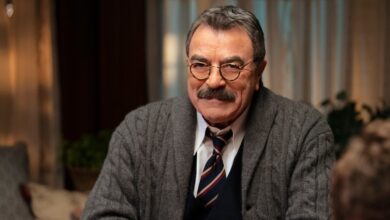 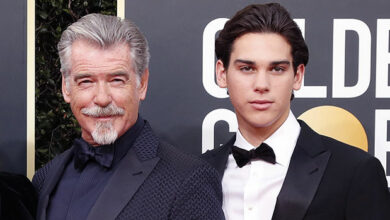 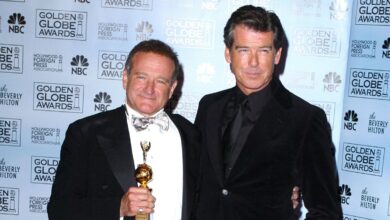