The hit television series That ’70s Show lasted much longer than necessary as the show’s start was set in 1976. Realistically, the show could have ideally lasted a total of four seasons, but the hype and popularity of the characters kept the show going well beyond its prime. With much of the original members of the relatively small cast gone (although most will return for That ’90s Show), creators seemed to feel the need to pair off the remaining characters, creating some odd couplings that didn’t make much sense. The most infamously weird pairing was Jackie and Fez at the end of Season 8.

Many people would consider Season 8 of That ’70s Show to be a failure as the writers made some jarringly curious decisions for the show. Topher Grace (Spider-Man’s original Venom) left before the final season, and Ashton Kutcher only stayed on for a few episodes, essentially only serving as a reason for Jackie and Hyde to breakup. Their pairing had been strange at first, but their relationship developed into a great on-screen couple. Their breakup made little sense and was hardly supported by the script as their continued separation seemed weak in comparison to Jackie’s on-and-off relationship with Kelso throughout the first few seasons.

Throughout the show, Jackie and Fez had been forced into friendship. There were a few times on the show when they got along because of Fez’s interests in ice skating and fashion. Jackie repetitively made comments about him being foreign, bullying and ostracizing him from the group. Even though this was usual behavior from most of the gang, Jackie’s change of heart in the final season didn’t exactly fit. Their friendship could have easily grown, and that would have been believable, but their romance on-screen was lacking in chemistry, especially compared to the way she fit with Kelso and then later, Hyde.

By the end of the show, Fez had slowly developed into a rather infantile version of himself. At first, he was just a quirky foreign exchange student, but over time he became cartoonish in his hobbies and the way he spoke. He mostly talked about candy and women’s bodies in a totally weird way, which often added a general sense of awkwardness to his relationships on the show. The probability of Jackie’s character overlooking his childish ways seemed far-fetched as she had always been a person who cared a lot about what people thought, and she seemed to have grown in her relationship with Hyde, enjoying his transition from teenage hippie into a responsible business owner.

Another weird element to their relationship was how forced it felt at the end of the series. Kelso had proposed to Jackie, giving her the option to restart their relationship, but she said no. When she realizes she has feelings for Fez, he rejects her and claims he’s going to leave the country. Somehow, they seem to move past this and get together in the second-to-last episode before sharing their kiss in the Season 8 finale. The last few episodes of them together in their apartment seemed like it was all happening in a bubble, as if Family Guy star Mila Kunis and Wilmer Valderrama (set to return in That ’90s Show) were the skeleton crew, closing out the final shift of the season before winter break.

Jackie and Fez’s pairing in the final season of That ’70s Show was rather disappointing when there were many other avenues the show could have taken. Separating her and Hyde abruptly the way they did made very little sense, as did her rejection of Kelso’s proposal. Jackie seemed to have run out of options, settling for the only other single man she knew from the original cast as if she couldn’t find someone new to date like Donna did after Eric’s departure. Jackie and Fez were each other’s last-ditch effort to settle down, and they took it. 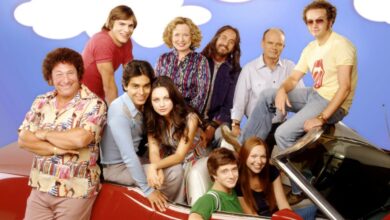 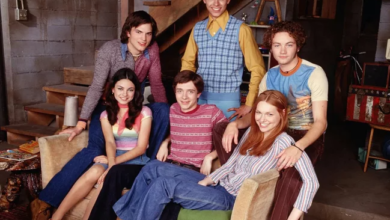 Legal Troubles Had That ’70s Show Scrambling To Find A Title 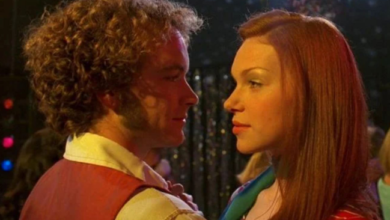