Robin Williams’ son Zak, 38, has opened up about his dad’s struggle with anxiety and depression following a misdiagnosis of Parkinson’s disease. Appearing on the The Genius Life podcast, Zak spoke openly on what would have been his father’s 70th birthday and candidly addressed the actor’s heath struggles seven years after he died by suicide at the age of 63.

Zak spoke to podcast host Max Lugavere about watching his dad struggle with his Parkinson’s misdiagnosis.

He heartbreakingly said: “What he was going through didn’t match one to one [with] many Parkinson’s patients’ experiences.

“It was a period for him of intense searching and frustration, it’s just devastating,” he added.

An autopsy later revealed that the star was suffering from incurable brain disease Lewy body dementia, which he had not been previously diagnosed with.

Zak Williams said his dad was ‘frustrated’ about his Parkinson’s misdiagnosis (Image: GETTY)

The podcast host revealed that he too struggled while watching a loved one suffer from the same brain condition.

The disease affects the central and autonomic nervous systems as protein deposits develop in the brain’s nerve cells, which control a person’s thinking process, memory and motor control.

“What I saw was frustration,” Zak continued.

He went on and added that the diagnosis of Parkinson’s and the symptoms his father was exhibiting didn’t match up.

Robin Williams was known and loved for his performance in 90’s film Mrs Doubtfire (Image: GETTY)

He explained: “The diagnosis was different than the disease so I think it could be a situation where you’re taking stuff and experiencing purely the side effects of [the drug].”

“There’s a range of efficacy but what I found was they’re also really hard on the mind and body, so that was hard to see,” he divulged.

“When he died by suicide the [LBD] had progressed, but he was only really two years in,” he continued.

The NHS website cites that the survival time after diagnosis is similar to that of Alzeheimer’s disease and tends to be between six and 12 years.

Max added that he felt immensely “sad” watching his dad suffer because of how close they were.

“I don’t want to say it was a short period — it felt a lot longer than it actually was — but it was a period for him of intense searching and frustration,” he said.

“From my lens, it felt so sad for me because I loved him so much as a dad but also he was one of my best friends and we spent so much time together.”

Following his dad’s tragic death, actor revealed that he started to numb his emotions with alcohol, which eventually led to him being diagnosed with Post Traumatic Stress Disorder

“When I spoke with a psychiatrist, I was diagnosed with PTSD,” he said.

The CEO is now four years sober and is an active mental health campaigner, working with organisations like Bring Change to Mind, dedicated to encouraging dialogue surrounding mental health. 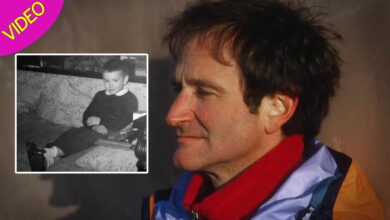 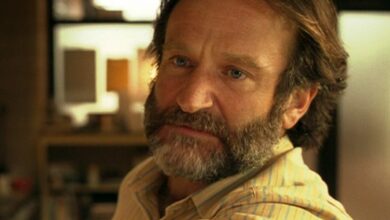