A treasure of British comedy, Only Fools and Horses is the first show many Londoners list as their favourite.

One of the nation’s classics, the show is hailed as Britain’s most loved sitcom, yet I have never, ever, watched a single minute of it.

I grew up with my dad spending hours on the sofa every week watching Only Fools and Horses, and can still find him doing the same whenever I return home now.

However, and I’m somewhat ashamed to admit this to a London audience, I actively avoided watching it with him. Even though I’ve always been a big lover of British comedies, I just never wanted to watch it.

So with Wednesday 8 September marking 40 years of the legendary TV show, I decided to finally sit down and watch an episode.

With absolutely zero knowledge of the series, it seemed only right to watch the first episode, ‘Big Brother’.

First aired on 8 September 1981, the 29 minute episode was the first introduction to the Peckham-based comedy.

Pretty much a British TV guarantee, it’s a running joke that you’ll find a rerun of Only Fools on Horses somewhere on TV no matter the day of the week.

But, sitting down to watch the first episode, I went on to Britbox where you can find all seven seasons of the beloved sitcom.

Set nearly 20 years before I was born, it was unlikely I’d find much nostalgia in the story, but I was intrigued to find out what all the fuss is about.

Of course, I do have an interest in TV and comedies, so it was familiar to me to see the young faces of David Jason and Nicholas Lyndhurst as the famed Del Boy and Rodney during the catchy opening to John Sullivan’s 1980s show.

Peppered with the regular encouraged laughter of a classic British TV audience, I found the opening scene, featuring the brothers and their Grandad Lennard Pearce (who sadly died in 1984) in the living room of their council flat in South London, to be the epitome of British comedy.

A great opening to the show, I enjoyed the the introduction to the brothers’ father-son dynamic, spiced with wit and sharp humour.

Straight into the episode, I understood the characterisation of Del-Boy and his ‘business’ mindset.

The Nag’s Head soon made an appearance and I could see the real ‘Londonness’ of the show coming out. From the leopard print-clad barmaid in the classic pub setting to the true cockney accents, although this show may have been set 40 years ago, it still homes the ‘true London’ feel.

Whilst I didn’t find a lot of the episode particularly funny, I did enjoy the classic dry British humour. Del Boy’s quick-witted humour and the digs on little brother Rodney were fantastically timed.

The first appearance of one of his ‘deals’ for a stock of briefcases was undeniably entertaining. I liked the simplicity of the writing and how suited David Jason clearly was to the role from the get-go.

I’m guessing in typical Del Boy fashion, we see how his purchase of a stolen stock of briefcases goes hilariously wrong when he finds out no one knows the code to unlock them.

Behind the brotherly arguments between Rodney and Del Boy, I found the relationship to be quite sweet.

But of course, this episode is all about the comedic dodgy dealings that I understand the show continues to be based on throughout the seven seasons. Whilst a simple format, the episode was just the right length for a quick burst of easy comedy.

You really can’t beat the signature style of Del Boy either; the slicked back hair, furry coats and costume jewellery has became iconic over the years. And of course, THAT flap cap.

It was entertaining to see the famous three wheel Trotters Independent Trading Co car making its way along the streets of Peckham, summing up the comedy of Only Fools and Horses perfectly.

I found the more petulant and innocent humour of Rodney to be somewhat funny too, even if he did just seem to be there as the but of all of Del Boy’s jokes.

If I’m honest, one of my highlights was the closing theme tune. I can really understand why the song, also sung by the show’s creator Sullivan, has become so iconic with it’s infamous lyrics.

I wasn’t exactly laughing out loud at the episode, but I did appreciate some of the gags. Loaded with semi-relatable British humour, quick wit and sarcasm it was full of fast laughs and what in my opinion is classic ‘dad comedy’.

Although it may not be the tv show for me and I certainly won’t be rushing to binge through the seasons, maybe next time I won’t be so quick to leave the room when my dad puts it on.

Only Fools and Horses is clearly a British TV treasure and is likely to remain one. But for me, shows such as Dinnerladies and Royal Family will remain my favourites.

But, on this 40th anniversary, God bless Hooky Street. 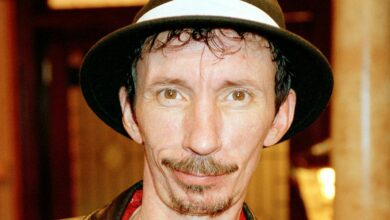 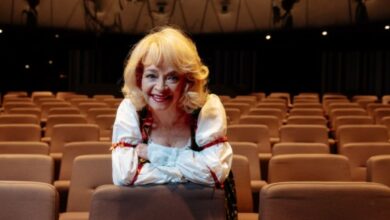 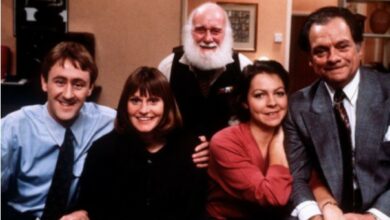 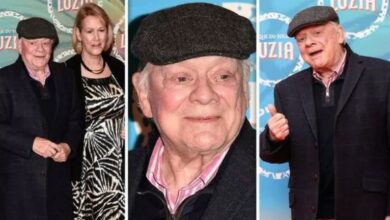