Thanks to a wonderful friendship and a recommendation, John Wayne helped James Arness land the role of Marshal Matt Dillon on “Gunsmoke.”Before getting to the “Gunsmoke” news, let’s take a quick look back upon the friendship between “The Duke” and Arness.Arness co-starred with Wayne in four different pictures, “Big Jim McLain” in 1952, “Hondo” and “Island in the Sky” in 1953, and “The Sea Chase” in 1955. All of this is according to an article from ME.tv.

In 1955, “Gunsmoke” was making a move from radio into TV. This was during what some people term as TV’s “Golden Age” because so many shows aired in black-and-white during those times.The show itself already had an audience from its long-running radio presence. Actor William Conrad, best-known as private detective Bill Cannon from CBS’ series “Cannon,” was the radio voice of Dillon. He was up for the TV role along with, wait for it, Wayne.

But Wayne apparently didn’t want to go away from his growing movie career. Therefore, he suggested the show’s producers take a look at his friend Arness for the lead role.History tells us the rest of the story. Arness became Matt Dillon, portraying the tough law-keeping marshal for 20 seasons on CBS. “Gunsmoke” happened to be one of those network TV shows starting out in black-and-white before turning to color episodes once they became more prevalent.

The friendship between Wayne and Arness also takes another twist. Both men shared the same birthday. Wayne was born on May 26, 1907, while Arness was born on May 26, 1923.Just how tight were these two Western stars? Well, Wayne, who made some TV appearances, took time out of his film schedule to formally introduce Arness and “Gunsmoke” to CBS viewers in 1955.It’s truly rare when something like this takes place. I mean, it’s John Wayne we’re talking about here…not just any other actor. This is a special moment where Wayne gives his buddy James Arness a nice boost to new TV viewers for “Gunsmoke.”

Let’s jump into the time machine and take a look at “The Duke” introducing Arness before the first “Gunsmoke” episode on CBS. 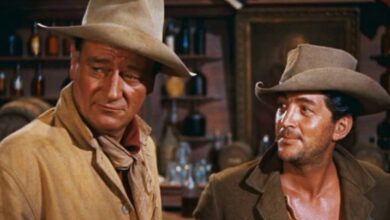 John Wayne and Dean Martin have many special collaboration opportunities, they have created some legends themselves. 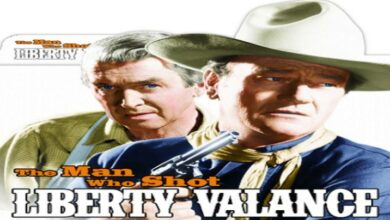 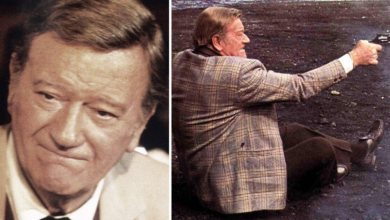