Having made his name as a singer in 1956, Elvis Presley’s manager Colonel Tom Parker had a vision for his client to become a Hollywood movie star. That same year The King acted in his first movie, a Western called Love Me Tender. Among his musical romantic comedies, he starred in three more Wild West films in Flaming Star, Frankie and Johnny and Charro, which caught the eye of John Wayne himself.

During this period, Wayne was America’s cowboy star, having acted in his first Western in 1930’s The Big Trail, before making iconic movies with John Ford like The Searchers.In 1969, the 62-year-old starred in one of his last box office successes, an adaptation of Charles Portis’ novel True Grit.

The storyline saw Duke play Rooster Cogburn, a tough one-eyed old United States Marshal who helps a 14-year-old girl track down the drunk who killed her father.They did this with the help of Texan Ranger LaBoeuf, a part that initially was set for Elvis.However, in the late 1960s, Elvis was tired of making poor musical rom-coms and returned his focus to live performances with his 1968 Comeback Special and subsequent Las Vegas residences.

The King’s cousin Billy Smith described on his son Danny’s Memphis Mafia Kid YouTube channel how John Wayne asked Elvis to co-star in a few of his movies. He said: “In fact, he asked him a couple of times.” In the end, his manager The Colonel pushed it too far by demanding that Elvis should receive top billing above Wayne if he were to play the Texan in True Grit.Billy added: “Of course, it was always carried through Colonel and at that time when he was asking, Elvis was such a big star.

Colonel didn’t want him to play second co-star or second star…with anybody else, so that ruled that out.”Since Wayne was already such a huge star, True Grit’s producers declined Elvis even though he was their original choice for the role of LaBoeuf.

Instead, another musician, Glen Campbell, was cast as the Texan ranger, which saw him nominated for a Golden Globe.If that wasn’t enough, Duke himself won the Golden Globe and his first and only Oscar in the Best Actor category for Rooster Cogburn.The Western legend said during his Academy Awards speech: “Wow! If I’d known that, I’d have put that [eye] patch on 35 years earlier.” 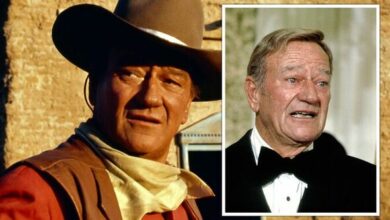 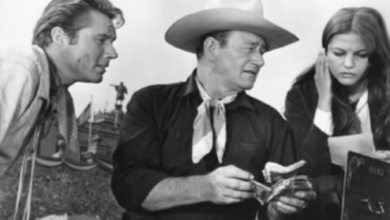 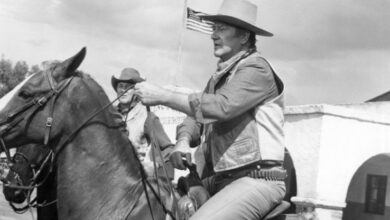 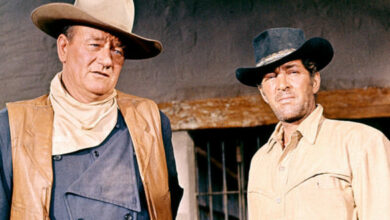