The late Robin Williams was known for playing some of the most memorable characters to hit the big screen over his decades-long career. Though he started almost strictly in the comedic vein, we saw over the years that he was more than able to take on dramatic roles as well, becoming one of the signature talents of a generation. That being said, one avenue we rarely saw him in was live-action musicals. But apparently, he nearly made a musical years ago with one of his famous films. It was all set to go but they pivoted things at the last moment. It might have been the correct choice.

In an interview with The Guardian (via Collider), Steven Spielberg was talking about his upcoming adaptation of West Side Story. In the conversation, the iconic director mentioned that he almost made a musical years before with the original plan for Hook to be part of the genre. The film, starring Robin Williams, was a full go as a musical with songs and everything. In fact, it was so much part of the plan that they were well underway shooting and filming before Spielberg made the decision to pivot away and take all of the songs out. He spoke about the decision and why he opted for such a massive shift at the proverbial last second. Check out what Spielberg had to say:

“I chickened out after the first week of shooting and took all the songs out… It was the biggest paradigm shift I’ve ever had while directing a movie. It just didn’t seem right for some strange reason. Maybe I didn’t feel ready to do a musical.”

Changing something this big about a movie during the filming of a movie is no small change. Sure, flipping a line or scene here and there is one thing. But taking out whole swaths of a film because of a shift in focus, or maybe nerves is something else entirely. And considering the size of the production with a major star like Robin Williams already on board, it couldn’t have been easy. Remember, at the time this was one of the most-anticipated movies of the year, retelling a time-honored story with a veritable who’s-who of the movie industry.

In addition to Robin Williams who starred in the title role, there was also Dustin Hoffman coming on to take on the part of Captain Hook. And, of course, who can forget Julia Roberts playing Tinker Bell? Other notables included Maggie Smith, Bob Hoskins, and Phil Collins. And she wasn’t a star then, but this was one of the first roles for Gwyneth Paltrow. On a budget of around $70 million, Hook turned in over $300 million at the box office though was generally panned among critics. It ended up scoring only 29% on Rotten Tomatoes. With this in mind, maybe Spielberg should have kept those musical ditties. Maybe they would have helped.

Robin Williams most definitely could have pulled off the singing pieces in a Hook musical though. We know he had some pipes, taking on songs in his role as the Genie in Disney’s Aladdin. The guy was among the most talented performers we have and will ever see in a lifetime. It’s unlikely we see another like him anytime soon. It sure would have been great to see him belting out some songs as Peter Pan. 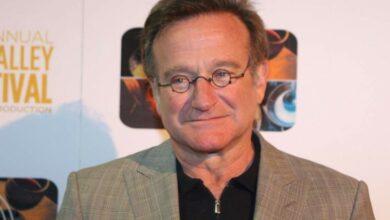 Robin Williams was almost cast in ‘Harry Potter.’ Here’s why he wasn’t.

Robin Williams’ Net Worth: How He Gave to His Children 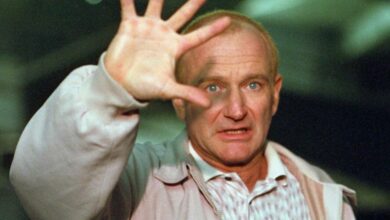