For four years, Pam Dawber said she had the thrill of a lifetime working alongside Robin Williams in Mork & Mindy. But after the series ended in 1982, they drifted apart. She married Mark Harmon and raised two sons while he became arguably one of the greatest comedians ever. But a few months before he died, producers on his new show set up a secret reconciliation between the two. Dawber called it a true “gift.”

Pam Dawber didn’t audition for Mork & Mindy. Garry Marshall saw her previously in a canceled sitcom and thought she’d be perfect for Mindy. She thought the premise was “the most stupid thing” she’d heard, according to the book Happier Days: Paramount Television’s Classic Sitcoms 1974-1984. But when producers called her about the job, her first question was “Who the hell is Robin Williams?”

Marshall said he cast the then-unknown Robin Williams as Mork on Happy Days because “he was the only alien to audition.” Dawber had a similar reaction when she first met him.

She spent the next four seasons by his side as his star grew into a supernova. The fame didn’t change him, she said.

“I don’t know what it is about the two of us, but I have just loved him on a very deep level,” she told the AV Club in 2014. “Robin is truly one of the kindest, most caring people I’ve ever met.”

The fame did change her. She didn’t like it. After the show ended in 1982, she began to lose interest in “chasing the business.” She married Mark Harmon in 1987 and focused on being a mom to their boys. And she lost touch with Robin.

In 2014, Pam Dawber got a call from the producers of The Crazy Ones, Robin Williams‘ show on CBS. Would she make a guest appearance?

“I hadn’t seen Robin for 20 years,” she said. “I did that episode because I wanted to be with Robin. … That was a gift. That was such a gift.”

It was a gift for Robin as well. The producer hadn’t told him they’d reached out to Dawber. He got teary-eyed when he found out she’d agreed to guest star, The A.V. Club said. She played a love interest to his character in the show.

They palled around on set and joked about the old days in interviews. But the reunion was short-lived.

Williams committed suicide four months later. Doctors had wrongly diagnosed him with Alzheimer’s disease. His autopsy showed he had Lewy body disease, which is similar to Alzheimer’s and Parkinson’s disease, and he was struggling with the symptoms, his family said.

Dawber said it was hard to reconcile that Williams was gone.

“I just think everybody is still so shocked to see him in these things and he’s so joyous, and all of our heads still spin (over his passing),” she said. “And I think that, especially, everybody who knew him still can’t figure out what happened.”

Dawber returned to acting last year alongside her husband on NCIS. 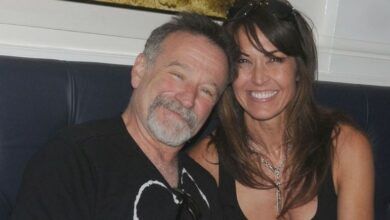 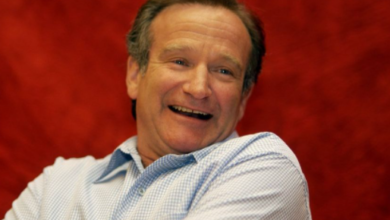 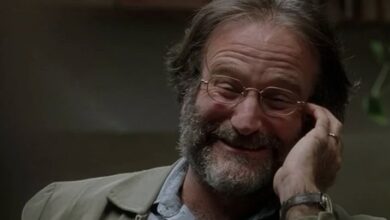 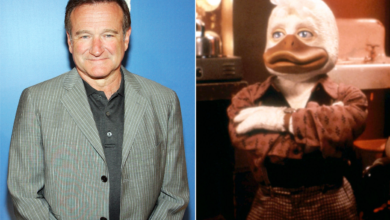