Robin Williams achieved innumerable things during his storied career as an actor and comedian but for many he will always be fondly remembered for the movie Mrs. Doubtfire.

While the concept of a film chronicling a divorced dad’s attempts at circumventing a custody agreement by dressing up as an elderly woman to pose as a nanny to his children might sound sinister on paper, in practice and with Williams at the helm it was nothing short of comedy gold.

An enduring family favorite based on the novel Madame Doubtfire by Anne Fine, Mrs. Doubtfire is set to turn 30 next year and yet fans are still uncovering lesser-known facts about the film.

In a post upvoted over 40,000 times on Reddit, one eagle-eyed viewer shared a fascinating bit of insight into a surprise cameo that may have passed by many people.

The post features a screenshot of the bartender who appears in a memorable poolside scene in which Williams’ character Daniel, disguised as Mrs. Doubtfire, spies on his ex-wife Miranda (Sally Field) and the kids during a date with her new boyfriend Stu (Pierce Brosnan.)

What SOME may not have realized, however, is the significance of that particular extra, as the post explains: “The poolside bartender is played by an actor credited under the nickname Dr. Toad, but his real name was Robert Todd Williams, and he was Robin Williams’ older brother.”

According to the Reddit entry, Robert Todd Williams was a “vintner by trade” with this cameo marking his “only film appearance.”

One of two older half-brothers to the late comedian, Robert Todd Williams passed away in 2007, aged 69. An obituary published by the Los Angeles Times confirmed he worked in wine sales, distribution and marketing before founding Toad Hollow Vineyards in Healdsburg.

The outlet also confirmed he was given the nickname of “Toad” as a child and later added the “Dr.” to his much-loved moniker. In fact, it is stated that he is actually credited as Dr. Toad for the bit part role in Mrs. Doubtfire.

Many on social media could immediately see the family resemblance.

“It’s really funny,” Prestigious-Car-1338 wrote. “I saw the picture out of context and thought ‘He looks a good bit like Robin Williams.'” N1l3-1983 agreed, commenting: “Can even see the resemblance. Man, I love these little gems from this sub.”

Dollarsarewhat27 branded it “cool trivia” with BeginningFan7084 admitting they “didn’t know this at all.”

There were further revelations in the comments section too with XBXNinjaMunky claiming Robin Williams’ other half-brother was his “physics teacher in high school” and is a “great guy.”

That claim was backed by another user BeckywiththeGoodpuss who wrote: “Fun fact: his half-brother McLaurin teaches high school chemistry. Source: he taught me.”

A 1991 article by the Chicago Tribune confirms that the comedian’s maternal half-brother, McLaurin Smith-Williams, 75, did indeed teach high school physics in Memphis.

A third Redditor, posting as 2th, who also claimed to have also been taught by McLaurin Smith-Williams described him as an “incredibly funny” educator who “loved talking about his half brother” though “not during class time.”

Robin Williams’ work has remained an enduring force in the world of entertainment after his sad passing in August 2014. And, in April 2021, Williams went viral once again after the comedian’s powerful 1990 Senate speech on homelessness resurfaced online. 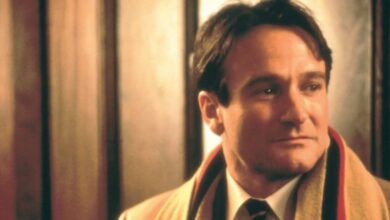 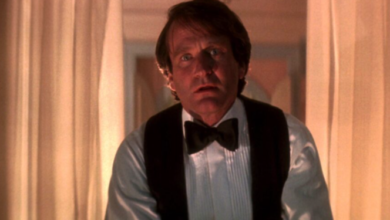 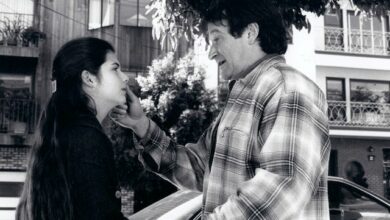 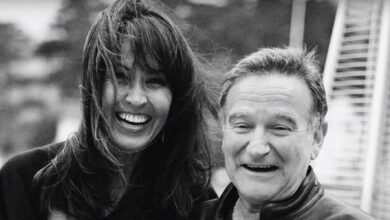