Marilyn Monroe has been a longtime subject of fascination. To this day, studios are still competing to produce the most accurate biopic of the actress. Netflix even had to edit their “graphic” contender, Blonde starring Ana de Armas who was reportedly dubbed for not sounding like the Seven-Year Itch star. The explicit scenes probably focused on the actress’ troubled life and her tragic death.

Well, the streaming platform did the right call taking those out. After all, fans are more interested to see Monroe portrayed as the bookworm she was off-camera, not the dumb blonde who suffered from mental breakdowns. Another thing: rumors say that Monroe had a higher IQ than Albert Einstein. Here’s the truth about the Niagara star’s concealed intelligence.

Marilyn Monroe’s Persona Was All An Act

Writer Sarah Churchwell — who did an analysis of Monroe’s life — explained the actress’ statement, saying: “She had something special that transcended the fact that she was beautiful, transcended her sexual body (her “foreground” and “background”), and we can’t name it or bottle it or sell it. God knows people have tried.” But at some point, the Bus Stop star got tired of faking the act.

She even hated filming that scene in The Seven Year Itch where her white dress was blowing up at the subway. “At first, it was all innocent and fun,” Monroe said. “But when Billy Wilder [director] kept shooting the scene over and over, the crowd of men kept on applauding and shouting, ‘More, more, Marilyn – let’s see more.'”

What Was Marilyn Monroe’s IQ?

Rumors say that Monroe — who was diagnosed with dyslexia and bipolar disorder — had an IQ of 168. However, curator of the MarilynMonroeCollection.com Scott Forner said that she didn’t take an IQ test in the first place. She must have skipped it due to her rough childhood and getting married at the age of 16. But according to Lois Banner’s The Passion And The Paradox, the actress read a lot despite not graduating high school. She had over 400 books in her library, most of which were about art, drama, poetry, politics, psychology, philosophy, theology, and history.

Monroe rose to fame after a series of films where she played either a gold digger or a mistress. Though the critics slammed her for “not [performing] as a great actress” but “as a great physique,” everyone was drawn to her. The actress herself had an explanation for the phenomenon. “These girls who try to be me, I guess the studios put them up to it, or they get the ideas themselves. But gee, they haven’t got it,” she told Life. “You can make a lot of gags about it like they haven’t got the foreground or else they haven’t the background. But I mean the middle, where you live.”

Monroe also wrote poems. “Only parts of us will ever touch only parts of others — one’s own truth is just that really — one’s own truth,” she wrote in one of her notebooks. “We can only share the part that is understood by within another’s knowing acceptable to the other — therefore so one is for most part alone. As it is meant to be in / evidently in nature — at best though perhaps it could make our understanding seek another’s loneliness out.”

The poems reveal a lot about the actress’ loneliness, as well as her fears about love. “I guess I have always been deeply terrified at to really be someone’s wife,” she wrote on the hotel stationery at the Parkside House where she stayed while filming The Prince and the Showgirl in London. “Since I know from life one cannot love another, ever, really.” At that time, she was married to playwright Arthur Miller.

Other Myths About Marilyn Monroe

“The biggest myth is that she was dumb. The second is that she was fragile. The third is that she couldn’t act,” said Churchwell. “She was far from dumb, although she was not formally educated, and she was very sensitive about that. But she was very smart indeed – and very tough. She had to be both to beat the Hollywood studio system in the 1950s. The head of Fox Studios was incredibly contemptuous of her, and she fought him tooth and nail, and won, in real terms.” She added that Monroe had an “acidic sense of humor.””She was very witty, with an acidic sense of humor. The dumb blonde was a role – she was an actress, for heaven’s sake! Such a good actress that no one now believes she was anything but what she portrayed on screen,” explained the author of The Many Lives of Marilyn Monroe. “One of my favorite lines of hers came when she divorced Arthur Miller. A journalist asked her if she thought Miller had married her because he was looking for a muse. She said she’d only answer on condition that he printed her answer in its entirety, with no editing. He agreed, and she said: ‘No comment.’ That is not a stupid woman.” 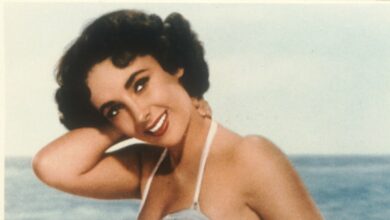 How Many Times Was Elizabeth Taylor Married: Which Marriage Lasted the Longest? 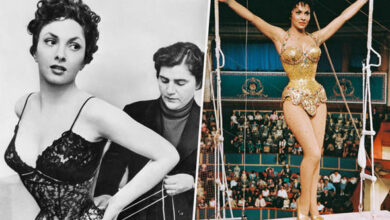 What does ‘the most BEAUTIFUL woman in the world’ Gina Lollobrigida look like now? 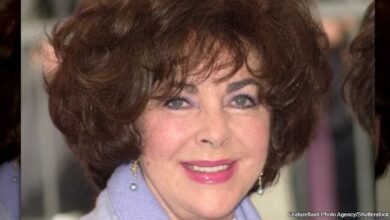 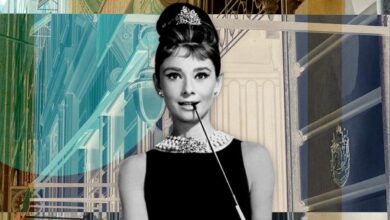 A Breakfast at Tiffany’s inspired stroll around New York City