Years after Robin Williams’ untimely passing, his impact on film, television and comedy can still be felt today. There are only a few people who got to be in his presence months before his death and, just before his passing, the comedic actor made a return to television in the CBS sitcom The Crazy Ones. While the series was short-lived, his time with one young comedian left an impression, and he recalled a touching story of Williams helping him on set shortly before the beloved comedian’s death.

Hollywood scribe Dan Hernandez took to Twitter to share his special time with the late comedy legend. Hernandez and writing partner Benji Samit worked with Robin Williams on the pilot for CBS’ The Crazy Ones. He named his time with Williams his “best celebrity encounter.” The screenwriter said about working on the short-lived sitcom:

We were asked to be on set for the pilot of the show The Crazy Ones, Robin’s big return to tv. We only had six months of TV experience under our belt, and we were honored and flattered to be asked. Robin Williams! What would he be like? Aloof? Mean? No! The best. … Watching him work in person made my appreciation rise to another level. He would effortlessly rip off improvs, take after take doing different riffs, finally asking for a final take where he would string all the improvs together into a super take.

While on set, Dan Hernandez revealed the late comedian got the only standing ovation he’s witnessed from a film or television crew. He also recalled Robin Williams being kind, gentle, wise and quiet off-screen. Despite his status as a top Hollywood star, Williams would ask for feedback and listen to notes to create a great show. Given his quiet off-screen personality, Hernandez remembered the late actor spouting the occasional one-liner off camera.

Dan Hernandez’s amazing moment with Robin Williams went beyond just being on set with him, though. Hernandez eventually got the nerve to pitch a joke for the late comedy legend. The writer said about Williams’ reception of his joke:

This experience culminated when during one of the scenes, I pitched an alt joke to the director, who in turn pitched it to Robin. Robin laughed so hard he stopped the take, walked off set yelling, “who wrote this joke? It’s a great joke!” Someone pointed him in my direction! … Robin f’n Williams came up to me shouting, “Dan! What a great joke!” Then he asked me for my permission (!) to alter it slightly. Of course, Robin! In the moment, I could feel my soul leaving my body from disbelief and joy. Even now, it hardly seems real.

The comedy writer recalled the joke being crafted for Williams’ character on the CBS comedy series. Dan Hernandez says it wasn’t his best material but that Robin Williams liked it anyway.

Dan Hernandez seemed to cherish his time on The Crazy Ones with Robin Williams. Looking back at that time, Hernandez found it to be a life-changing moment. The comedy writer said about his experience with Williams:

So that is what can happen when you go to set to help out. Your life can change, maybe by getting a job, maybe by getting blessed by a comedy god. Though Robin is no longer with us, the impression lingers on. I will tell my grandkids that story. It was a POWERFUL moment for me.

Dan Hernandez’s amazing experience with Robin Williams on The Crazy Ones only lasted a week, but he says Williams did help him feel good and build confidence in his writing. He also revealed the experience steered his comedy career in a positive direction. He summed up the the comedy legend’s palpable and infectious energy on set as being the result of the star’s humility.

Despite being a comedic genius, Robin Williams was known to be a quiet and gentle soul off-screen, so Dan Hernandez’s account definitely matches up with this description of the late star. It’s nice to know that one of Williams’ last interactions left an imprint on a young comedian’s career, and such stories help to further solidify William’s legacy. 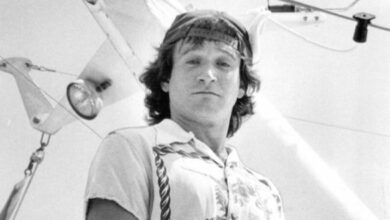 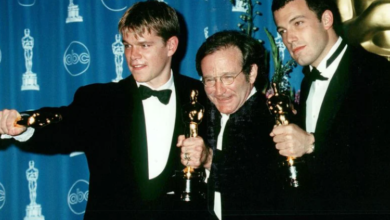 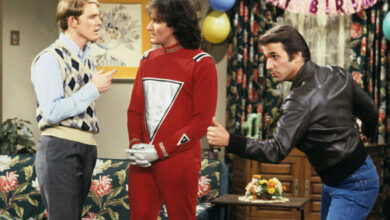