She’s one of the most iconic movie stars to have ever graced Hollywood. She was the epitome of sex and beauty and glamor, the woman who married baseball players and playwrights and had affairs with presidents. She was, of course, Marilyn Monroe, and her image continues to circulate in our culture.

While most people probably know her more for her looks than for anything else, she also had several quotes that are as iconic as her blonde hair and her buxom figure. Here are ten of the best Marilyn Monroe quotes that still remain iconic in the present day.

10 “Always, Always, Always Believe In Yourself, Because If You Don’t, Then Who Will, Sweetie? So Keep Your Head High, Keep Your Chin Up, And Most Importantly, Keep Smiling, Because Life’s A Beautiful Thing And There’s So Much To Smile About.”

In so many of her screen roles, Monroe managed to radiate warmth and sincerity and positivity. Looking at her on the screen, you could allow yourself to believe that there truly was beauty and joy in the world. When you read this statement from her, you get the sense that, at least some of the time, Marilyn was striving to find a measure of positivity in a world that was so often plagued by sadness. It’s an iconic quote, a reminder to all of us to continue pushing to achieve our goals, even when it seems impossible.

9 “I Am Not A Victim Of Emotional Conflicts. I Am Human.”

There’s a pervasive myth that Monroe was an airhead in real life as well as on the screen, but this quote suggests otherwise. Indeed, it shows that Marilyn was someone who understood the deeply contradictory nature of the human condition. This quote shows that she understood deep emotional conflicts to be a part of what it is to be human. Just as importantly, it also shows the extent to which she was determined to reclaim her own agency, to not let anyone believe that she was nothing more than a victim.

Looking at classic Hollywood films, one sees a world of diaphanous dreams and larger-than-life personalities. Marilyn Monroe is certainly one of those stars whose presence seemed to exceed even her eventual private life. In this quote, she makes us think deeply about the nature of film and what it means to us, how we lose ourselves in these constructed worlds and how we also project all our needs and desires onto the stars that appear before us, even as we recognize that all of it is a fantasy born of our own imaginations.

7 “The True Things Rarely Get Into Circulation. It’s Usually The False Things.”

One of the greatest tragedies of the Marilyn Monroe story is that she was so consistently unable to recapture her own image and mold it into some semblance of what she wanted it to be. Instead, she was consistently subjected to the harsh scrutiny of both the news media and the paparazzi.

Small wonder, then, that she expressed no small amount of dissatisfaction with this state of affairs with this quote, which is a potent reminder to all of us to be conscious about what we say and think about the celebrities and stars we watch.

6 “I Have Feelings Too. I Am Still Human. All I Want Is To Be Loved, For Myself And For My Talent. ”

Another pervasive myth about Monroe is that she had no talent, that she was merely a beautiful blond who traded on her looks and ditzy appearances to solidify her stardom. The truth, however, is that she had a great deal of talent; it was just that the studios only wanted her to do certain kinds of roles. In this quote, she reveals that she had grown frustrated with the fact that no one seemed to care whether she had feelings of her own, or whether she had an investment in her career and her image.

Say what you will about Marilyn Monroe, but it’s clear that she had a very sharp sense of humor. You can also definitely say that the woman wasn’t at all boring (she did manage to sing “Happy Birthday” to the president himself). It is also true that many of Monroe’s characters in her films often veered into the ridiculous, doing and saying things that were incredibly silly. However, you also can’t shake the feeling that her characters, and Monroe herself, are always aware of how ridiculous they are, and that they are winking to us in the audience through the facade.

4 “I’m Selfish, Impatient And A Little Insecure. I Make Mistakes, I Am Out Of Control And At Times Tough To Handle. But If You Can’t Handle Me At My Worst, Then You Sure As Hell Don’t Deserve Me At My Best.”

Once again, this quote reveals to us the incredible extent of Monroe’s self-awareness. She clearly knew that she had her issues (particularly in terms of her emotions) but it’s rather refreshing to see how she is determined to own them and talk about them on her own terms. What’s more, this quote also reveals that she isn’t willing to settle for anyone who isn’t willing in their own turn to accept her through both the good times and the bad. You can’t help but admire her.

3 “I’ve Never Fooled Anyone. I’ve Let People Fool Themselves. They Didn’t Bother To Find Out Who And What I Was. Instead They Would Invent A Character For Me. I Wouldn’t Argue With Them. They Were Obviously Loving Somebody I Wasn’t.”

As she always did, Monroe reveals in this quote how much her own image had slipped out of her control. She recognized that people were always going to be willing to see her as something that she wasn’t, that they had a static image they were determined to press upon her, no matter what her own desires might be in the matter.

That, really, is the true tragedy of Monroe’s life, and you can’t help but wonder if, had she lived longer, she might have been able to create a public persona that was truer to her private self.

It turns out that Marilyn Monroe wasn’t just good at issuing quotes about her own image and about her image, but also about the nature of friendship. And this quote is definitely true. We all have that friend that’s willing to tell us whatever we want to hear to make us feel better, even if that’s not what we need at that particular moment. It truly is those who are willing to tell us the truth, no matter the consequences, that deserve to be seen as the best friends that we all need.

1 “Just Because You Fail Once Doesn’t Mean You’re Gonna Fail At Everything.”

Though her own life ended in tragedy when she was only thirty-six years old, this quote from Marilyn Monroe revealed that, beneath her own struggles, she still possessed a sense of optimism, a spirit that couldn’t be entirely trampled no matter what trials she faced. This quote reminds us that there is always something to look forward to, even in the darkest moments of our lives. Even if we fail at one thing, we should always continue to strive and struggle, with the knowledge that we will one day succeed. 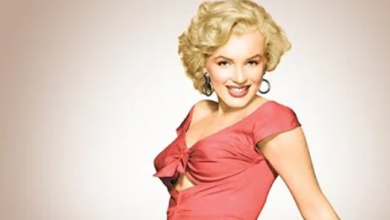 Elton John’s ‘Candle in the Wind’: Why Bernie Taupin Co-Wrote the Song When He’s Not a Marilyn Monroe Fan 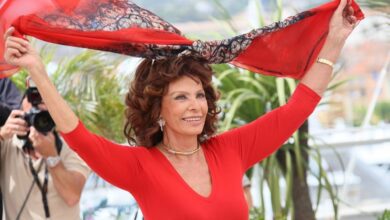 Sophia Loren net worth: How much money does the classic Hollywood film star have? 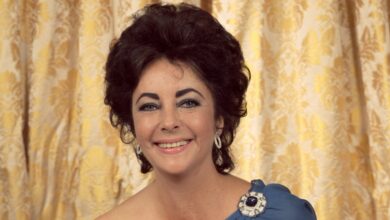