Derek ‘Del Boy’ Trotter (played by Sir David Jason) was known for his ‘yuppy’ appearance, which was often the subject of ridicule from his younger brother Rodney Trotter (Nicholas Lyndhurst). Although Del was teased for wearing ‘tacky’ jewellery pieces, a costume designer on the BBC sitcom has revealed one item, in particular, was worth a perhaps unexpected amount.

After speaking to costume designer Robin Stubbs, Steve Clark revealed what he’d learnt in Only Fools and Horses: The Official Inside Story.

She took over from Phoebe De Gaye in 1986 as Del entered his ‘yuppy’ stage.

He wrote: “After Del smartened up his act everything else came from High Street stores.

“His ties were bought in Tie-Rack, his raincoat came from Dickens and Jones in Regent Street and his shirts came from Austin Reed and Marks and Spencer.”

Only Fools and Horses: Del Boy’s D pendant was worth more than the entire jewellery collection (Image: BBC)

“His jewellery was just as worthless as before though, even if it looks like it’s worth hundreds of pounds,” he noted.

In the book, Robin explained: “We usually replaced it for each series before it’s so cheap and the gold paint wears off.”

The costume designer joked his jewellery was “the sort of stuff Del would sell himself”.

It came from cheap jewellery stores in London’s Soho and “cost just a few pence”.

Only Fools and Horses: Del Boy’s style when he transitioned into his ‘yuppy’ phase (Image: BBC)

Robin revealed Del’s ‘D’ rings cost just 50p each while his initial necklace is worth something.

Steve wrote: “Robin had it specially made and it was worth around £70 – more than the rest put together.”

Elsewhere in the behind-the-scenes book, David Jason opens up on being offered a Dad’s Army role before Del Boy.

Clive Dunn, who starred as Lance Corporal Jones, was initially sceptical about signing up to the comedy.

Only Fools and Horses’ David was lined up as a potential replacement.

Speaking about losing that role, David recalled: “After I lost the part in Dad’s Army and it started to become really successful there were times when I’d watch it and see Corporal Jones and I’d say: ‘I was offered that b****y part!’ You can’t help thinking like that.

“At the time I thought it would have changed my life because I would have been recognised as a television actor, which I wasn’t at that stage.”

“Back then I was winning and losing parts like any other average actor.”

“But that’s the way it is for anybody who is trying to forge a career and live as an actor.

“I was quite happy to go and so summer seasons, I was really happy on stage, I really enjoyed it.” 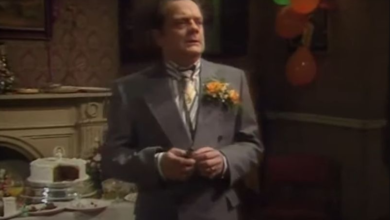 Only Fools and Horses: The ‘saddest scene’ in the show’s history which had the studio audience in tears 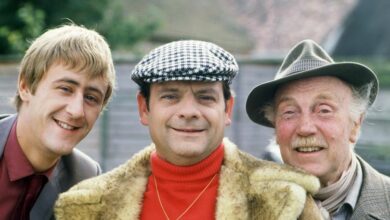 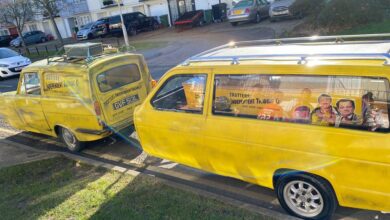 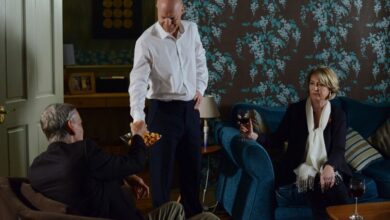 BBC: The Only Fools and Horses, EastEnders and Holby City star who married a Jurassic Park legend