When you think of on-screen cowboys, there’s a good chance that two men come to mind. Those men are probably John Wayne and Clint Eastwood. Both men portrayed some of the toughest, saltiest cowboys to ever grace the silver screen. Wayne was the star of classic Hollywood westerns. On the other hand, Eastwood was the master of the Italian-made spaghetti western. No matter which one you like more, there’s no denying that both men weren’t just tough when the cameras were rolling. Before John Wayne passed away, his grit was evident in his daily life. The same applies to Eastwood.

Clint Eastwood got his start on the hit western TV series Rawhide. Then, he transitioned into a successful film career. After years of being in some of the greatest modern westerns ever filmed, Eastwood started directing his own movies. His directorial outings include films such as Honky Tonk Man, Million Dollar Baby, Unforgiven, and Gran Torino, and many others.

Clint Eastwood is a master filmmaker as well as an actor. You don’t get to where he is in life without a spine made of steel and a work ethic to match. In a 2019 appearance on The Ellen Show, they talked about an event that proved that Clint had both of those in spades.

Clint Eastwood Worked During a Fire

Ellen started the story by talking about a fire just outside the studio. The talk show host said that the hillside near the studio lot was ablaze. Everyone was worried that the flames would come down and engulf the lot. At the same time, the smoke had greatly lowered the air quality on the studio lot. So, everyone evacuated. Clint Eastwood wasn’t aware of the evacuation.

According to Clint Eastwood, he was headed to work and saw a plume of smoke in the air. The cowboy icon thought to himself that the fire was near the Warner Brothers lot to which he was heading. As he drew closer, he started to think that the studio was on fire. That didn’t stop him, though. In fact, he decided that if the studio was, in fact, ablaze, he would go in and see if he could salvage anything before the fire ravaged the entire lot.

However, when he got close enough to see what was going on, he noticed that it was the hillside behind the studio that was on fire. So, he shrugged it off and went to work. He told Ellen that he had work to do on a soundstage and didn’t think that the lot’s proximity to the fire was anything to worry about.

“So,” Clint Eastwood said, “we went into the soundstage and started working. We forgot about [the fire].” Then someone came in to tell him and the folks he was working with that everyone had evacuated because of the blaze. Eastwood’s reply to this really highlights his toughness and work ethic.

Clint Eastwood doesn’t shy away from something as small as a burning hillside. When it’s time to cowboy up, he gets in and gets his hands dirty. 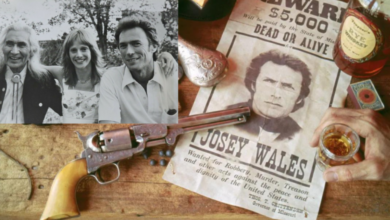 Clint Eastwood and 10 Mysterious Facts About The Outlaw Josey Wales . 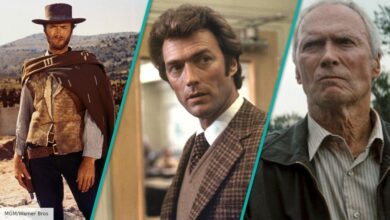 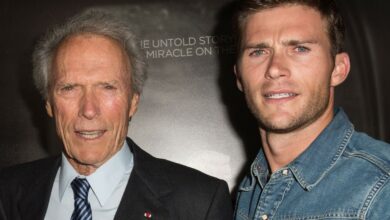 Scott Eastwood Reveals That His Father, Clint Eastwood, Convinced Him To Turn Down ‘The Suicide Squad’ Sequel 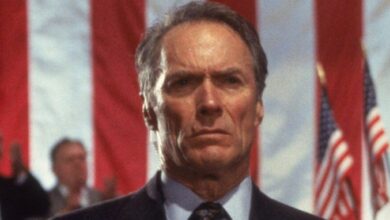 Clint Eastwood Is Trending Because Of The Will Smith Slap