Throughout the 70s, the name Catherine Hawn buzzed the media world. It was all because she married one of the greatest entertainers of the 20th century, Dean Martin.

Though Catherine was Dean’s wife for a relatively short period, still their relationship earned a lot of fame, mainly because of their substantial age gap.

Well, today let’s take a look at the life of Catherine and find out what is she up to these days?

Cathy was born Catherine Mae Hawn in the year 1947. As of 2020, she is most probably in her early 70s. She was a normal American before comedian and actor Dean Martin fell in love with this blonde-haired beauty. Her life took a huge turn when she married Dean. Upon marrying him, she was no longer a normal citizen but a celebrity spouse.

Not much is known about Cathy’s early life except for the fact that she used to work in Beverly Hills, California. During the time when she was in a marital relationship with Martin, she immensely enjoyed her star status. What’s more, she even featured in several magazine covers such as Movie World alongside her superstar hubby.

The lovebirds married in an extravagant ceremony

In addition, the wedding had a lot of decorative materials directly shipped from Europe. The lilacs were ordered from France and there was a total of 22 cages of white doves for the over the top ceremony.

Many of Dean’s star friends attended the holy matrimony including legendary singer Frank Sinatra. At the time, Frank even explained the wedding to an outlet as ‘the most beautiful wedding I’ve ever seen.’

Apart from their nuptials, the former flames dated from 1970 before getting married in 1973.

Dean’s eldest son, Ricci Martin revealed about his step-mom and how his father met Catherine in the memoir titled That’s Amore: A Son Remembers Dean Martin. We highly recommend you to buy this book for all the intricate details about Dean’s life.

According to the book, one of Dean’s family friends, Frank Calcagnini played cupid for Kathy and Martin. Frank is the guy who also dated Martin’s former wife Jeanne Biegger, right after their divorce.

After Frank set up Catherine and Dean on a date, the duo was instantly smitten with each other.

The former pair shared one child between them

Prior to getting married to Dean, Catherine had already been in a relationship. From that same affair, she welcomed a daughter named Sasha. When she separated from her former flame, Kathy won the custody of her daughter.

After tying the knot with Dean, the man with a big heart decided to adopt Sasha. Talking about Sasha, she had a very fun and loving relationship with her step-dad.

During Christmas, Martin being a doting dad, used to blow out a lot of money for his kids. Each year, he used to spend approximately $25,000.

Catherine was a receptionist at a local salon before meeting Dean

There are a lot of instances where big stars marry common people. Matt Damon, for example, is married to a former waitress. Likewise, Dean’s ex-wife Catherine too had a normal job.

She worked as a receptionist at the local Gene Shacove Hair Salon located in Beverly Hills, California. Nevertheless, after marrying the big man, she quit her job and started living like a superstar.

Their Relationship fell apart: Catherine and Dean divorced in 1976

Just like all great things come to an end, Hawn and Dean’s relationship came to a closure. They divorced in 1976, just three years after their extravagant wedding.

The reason behind their divorce is not known but many sources suggest it was due to Dean’s affection towards his second wife Jean Biegger. Right after his divorce was finalized with Hawn, he reconciled with Jean, though they didn’t marry.

Before Dean entered a holy matrimonial with Hawn, he had been married twice. His first marriage was with Elizabeth Anne McDonald. They married in 1941 and divorced after 8-years in 1949. The duo welcomed four children, Craig Martin, Claudia Martin, Gail Martin, and Deana Martin.

After divorcing Elizabeth, he fell in love with Dorothy Biegger. They wedded in 1949, the same year he separated with his first wife. Nonetheless, his second marriage didn’t work out either and they divorced after 24-year of marriage.

Besides, all seven of his biological kids were close with Dean’s adopted daughter Sasha. In the memoir That’s Amore by Ricci, he talked about his relationship with his step-sister Sasha. He wrote, “I never referred to her as my ‘step-sister’ or my ‘adopted’ sister. Through three marriages and eight kids, we were always one family. The Martins.”

What is Catherine Hawn Martin up to these days?

A few years after her public separation with Dean, Kathy somehow disappeared from the media. She didn’t appear much, meaning she’d decided to live a relatively peaceful life.

Her last appearance in the public would be during Dean’s funeral in 1995. According to his obituary published by Variety, Dean’s ex-wives Cathy and Jeanne were also present at the ceremony.

Since then, she has been outside of the media spotlight and frankly, it is for the better. There has been no news about her meaning she is healthy and fine. On the other hand, Dean’s ex-wife, Jeanna Martin passed away a few years ago in 2016. She was 89.

How much is Catherine’s Net Worth?

There is no doubt that Catherine must’ve gotten a lot of alimony and spousal support from her millionaire husband. Though the exact amount of her net worth is not known, we can say she still lives a great life.

Besides, prior to his ԁеаtһ, Dean was worth $30 million.

Is Catherine related to Goldie Hawn?

In showbiz, if two big stars coincidentally share the same surname then obviously fans will be curious about their relationship. In a similar case, there have been a lot of questions about Catherine’s relationship with actress Goldie Hawn.

The answer to this question is simply no, she is not related to Goldie Hawn. 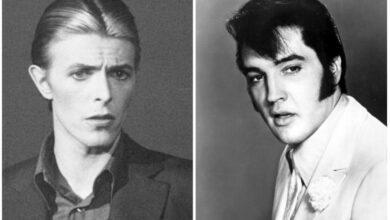 Elvis Presley once tried to hire David Bowie as his producer 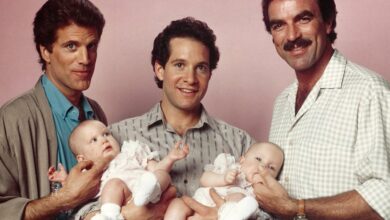 BABY GIRLS Whatever happened to the baby in Three Men and a Baby? The TWINS are now all grown up 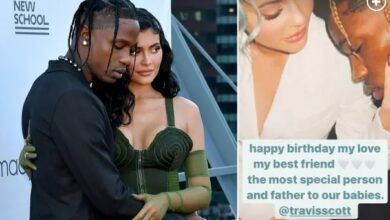 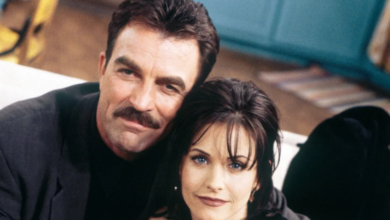