Directing the profound 1993 Holocaust drama Schindler’s List was an emotionally exhausting experience for Steven Spielberg, but he had a secret weapon to help keep his spirits up. “Robin Williams would call me once a week,” Steven revealed at the Tribeca Film Festival’s recent 25th anniversary screening of the film. “He would do 15 minutes of stand-up on the phone and I would laugh hysterically because I had to release so much.”

Robin — who starred in the director’s 1991 hit Hook — always left him on the hook. “On the loudest, best laugh I’d give him, he’d drop the phone, and that would be it — he never said goodbye, he just hung up!” Steven remembered.

In another recent interview, Robin’s friend Sharon Osbourne and her daughter Kelly Osbourne recalled how the late actor helped Sharon beat colon cancer in the early 2000s. “[My] dad said laughter is the best medicine and organized for Robin to come over and make mom laugh. I just remember sitting at the bottom of the stairs and we went from crying, not knowing what to do, to peeing ourselves laughing because we could hear mom upstairs in her room laughing with Robin,” Kelly shared during an episode of the Osbourne family’s podcast.

“The next day, it changed everything and mom went back to chemo,” Kelly said before her mom Sharon added, “[He was] one of the nicest, genuine people that you could ever meet.”

Robin always kept his friends and family laughing, but the comedian sadly took his own life nearly four years ago in August 2014. “In retrospect, I could see how he was just exhausted from life,” Robin’s former co-star Richard Kind recently told Closer Weekly. Ed Asner, who guest-starred on Robin’s final TV series, The Crazy Ones, also told Closer, “He was unbelievably gentle, considerate, and wonderful.” 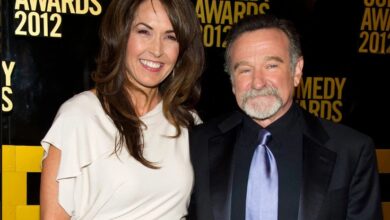 Two divorces cost him £20m. So why is Robin Williams risking it all again on wife No.3? 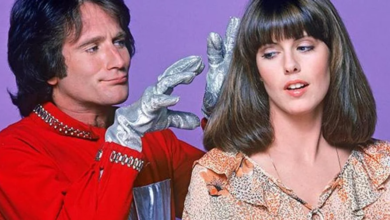 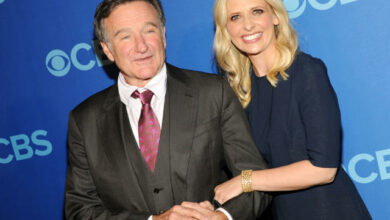 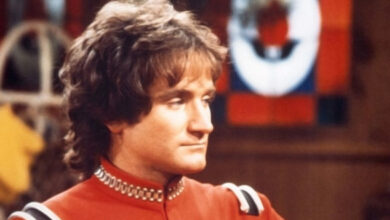