When watching That ’70s Show, it’s clear that the group has a very close connection. They spend what feels like the entire series in Eric’s basement, where they form a plethora of wonderful memories. Even if some of them have vastly different personalities from one another, their dynamic just works out so perfectly.

Yet, even with all of this being so, they do experience an abundance of conflict with one another as well. In fact, fans could argue that they can be downright cruel to each other at times. It can be so bad that these moments actually make it seem as though that the group has no chance of surviving. However, no matter how big or small these occurrences are, they do manage to rise above them all and remain friends.

1. When Donna And Eric Fight Over The Group

After Eric and Donna split up for the first time, it creates chaos amongst the group. This is because Eric informs Donna that he does not feel comfortable with her at his house, so she starts having the group over at her own place.

This makes the two fight over spending time with them, which creates pressure for the others. Eventually, Fez hits his breaking point after Donna yells at Eric for bringing them back to her late. Thankfully, though, Eric and Donna realize they are in the wrong for competing over the group and learn to coexist.

2. When Kelso Cheats On Jackie With Laurie

The relationship between Kelso and Jackie is disastrous. They fight all the time because of their differing personalities. However, Kelso takes it a step even further when he starts cheating on Jackie with Laurie.

It creates a lot of conflict within the group, as they are in a rough spot trying to keep Kelso’s secret. Also, Eric is understandably irritated because Laurie is his sister, too. When Jackie finds out, it could have led to a divide amongst the group. However, she does keep coming around the basement.

3. When Eric Ditches Donna At Their Wedding

When Eric and Donna get engaged, they do not have many supporters. This is because they are still young and neither has established their professional careers at this point. However, the pair decide to go against everyone’s concerns and plan the wedding.

When their wedding day does come, Eric does not show up. This breaks Donna’s heart and ultimately could have led to the conclusion of their relationship. When Eric sneaks into her room that night, the pair talk about it and reconcile. However, the rest of the group could have been livid at Eric for this.

4. When Hyde Starts To Date Jackie

One of the biggest surprises in the entire series is when Hyde and Jackie start their fling. The two constantly bicker as friends, and Kelso of course dates Jackie for the beginning stages of the series. That is what makes them becoming more serious even more shocking.

Alas, their relationship is a lot healthier and many fans wish it could have lasted forever. Even with this, though, Kelso is angry about Hyde dating her. He does learn to accept it as the relationship continues, but their friendship really is in jeopardy at certain points from it.

5. When Kelso And Hyde Get Fez Arrested

For their senior prank, Kelso, Hyde, and Fez go to the water tower to vandalize it. However, things do not go according to plan, as Kelso and Hyde spend the time fighting over Jackie. This leads to the tradition of Kelso falling of the water tower. Hyde takes Kelso to the hospital but Fez does not get the memo.

From here, Fez gets caught by the police and arrested. The consequences of this are truly dire, as the police see that Fez’s VISA is expiring, which means he has to leave the country. Kelso and Hyde’s bickering almost leads to Fez losing his spot in the group, but thankfully, he is able to stay.

6. When Eric Moves To Africa

Eric is the true heart of the group at the end of the day. This is because of the fact that he is the person who hosts his friends the most, while also of course being the central protagonist.

When he moves to Africa to begin his professional career, things are a bit up in the air with the group. However, even with him gone, they still hang out often in his basement, while also maintaining their close bonds. Also, they are elated when Eric comes back in the finale, too.

7. When Kelso And Fez Fight Over Danielle

The friendship between Kelso and Fez continues to blossom as That ’70s Show continues. However, things between them get very rocky after they both pursue Fez’s new client, Danielle.

Danielle ends up kissing both of them, which does not help things, either. However, when Danielle ends up choosing Fez, the pair make up quickly and even share a hug at the end of the episode. Things certainly could have gone far worse.

8. When The Group Makes Fun Of Eric For Liking Roller Disco

Eric is a character who often gets grief for not being good at much. This is not only the case with his friends but also his own parents, too. Thus, when he is spectacular at roller disco, while also being very confident, it seems as though that he has found his new passion.

However, when the group finds him skating, they all make fun of him. Even his parents look down upon him for having this hobby, too. This is where they force him to quit the activity, which is just downright cruel. If Eric reevaluated his friendship group after they put him down so rudely for something so small, it would have been entirely justifiable.

9. When Kelso Moves To Chicago

When Kelso becomes a cop, it really is his first step to be an actual adult. Sure, he still has an immature side and is quite rambunctious, but he does learn to be responsible, too. He shows real progress when he takes a brand new job in Chicago.

It is a great moment for him personally, as it will pay him more than enough money to take care of his baby. However, in his last circle with the group, it is clear that they are going to miss him. Thankfully, he does surprisingly come back for the finale though, and it seems as though nothing changes when it comes to their friendships.

10. When Fez Starts To Date Jackie

As previously stated, Hyde and Kelso spend a significant amount of time fighting over Jackie. However, it is important to remember that neither of them ends up with her at the end of the series, Instead, Fez is shockingly the person who does.

It is strange, as Jackie shows zero interest in him for the vast majority of the show. However, that all suddenly changes in the final season, which many fans didn’t seem to like. However, it thankfully does not cause any issues between the group, as Kelso and Hyde barely even acknowledge this sudden development. 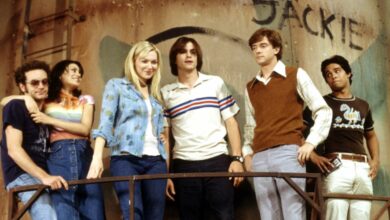 That ’90s Show: Every That ’70s Show Actor Who Could Return 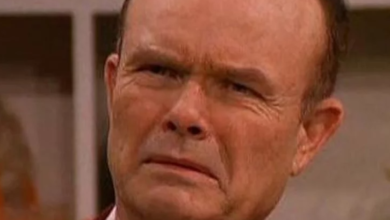 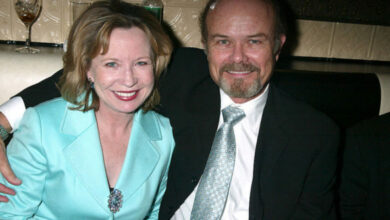 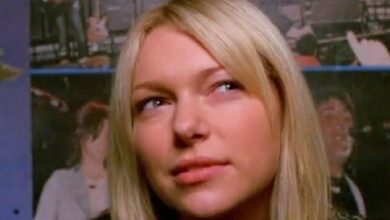